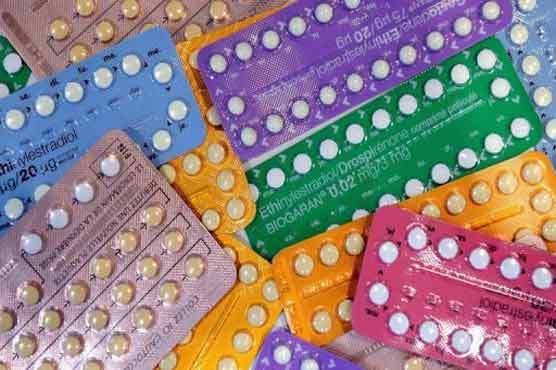 PARIS - France insisted Friday on restricting the prescription of newer-generation birth control pills even as Europe s medicines watchdog declared there was no evidence to back a health warning.

Citing concerns over risks of blood clots from the so-called 3rd- and 4th-generation pills, France said it would limit prescriptions of these contraceptives and urged the rest of Europe to follow suit.

"The objective is that these pills are no longer prescribed to women as a first option," she said in a statement.

But the EMA earlier said it saw no need to change guidelines.

"There is currently no new evidence that would suggest any change to the known safety profile of any combined contraceptives marketed today," the agency said in a statement from London.

"Therefore, there is no reason for any woman to stop using her contraception."

The 3rd-generation Pill, introduced in the 1990s, and the 4th generation approved in the last decade, contain synthetic versions of the female hormone progestogen and claim to skirt side-effects associated with older versions.

A Danish study published in the British Medical Journal in 2011 found women who took one of the newer types of Pill ran twice the risk of developing blood clots in the veins than those who used older-generation drugs.

Compared with non-users of the Pill, the risk of a clot was between three and six times higher.

Clots formed in the veins can break up and be transported to the heart or lungs and may be fatal.

In absolute terms, though, the risk is small, experts stress.

About 2.5 million women in France take the 3rd- and 4th-generation Pill, about half of all oral contraceptive users -- a statistic the French authorities judge excessive.

Touraine said she had asked the National Drugs Safety Agency (ANSM) to release safety data on the Pill and inform health professionals about giving priority to the older, second-generation Pill when prescribing.

The EMA said it had not received new evidence from "any member state" in relation to blood-clot risks, and promised that any information submitted to it would be reviewed promptly.

Under European rules, countries must accept medications that are approved by EMA but this does not prevent national authorities from making recommendations about how the drugs are used.

They are also allowed to temporarily suspend the drugs under the precautionary principle, but cannot ban them unilaterally.

The storm in France was triggered in part by the case of a 25-year-old woman, Marion Larat, who was left badly handicapped by a stroke that, in a lawsuit, she attributed to a later-generation pill made by German firm Bayer.

Her lawyer said in December that 30 other women are likely to file a suit targeting Schering, Merck and Pfizer as well as Bayer.

Some of the 3rd- and 4th-generation pills are already the target of lawsuits and tighter guidelines in the United States.

Last year, Bayer which makes the Yasmin and Yaz contraceptives, said it had spent $750 million to settle nearly 3,500 lawsuits for alleged deep-vein thrombosis or pulmonary embolism.

An estimated 3,800 more lawsuits remain to be settled, as well as nearly 5,000 other claims over other types of injuries allegedly caused by the pills.

In October last year, the US Food and Drug Administration (FDA) required Yasmin, Yaz and two other brands, Beyaz and Safyral, to carry labels warning of a higher risk of clots.

The risks are also influenced by smoking, obesity, diabetes and genes.

The French government has already announced the country s health system will no longer reimburse 3rd- and 4th-generation pills, a measure that will take effect on September 30.