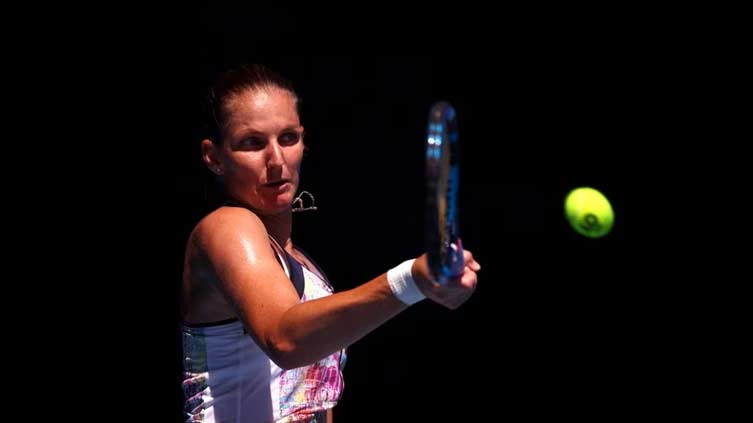 MELBOURNE (Reuters) - Karolina Pliskova’s serve deserted her at the worst possible time as she fell to a 6-3 7-5 defeat by Magda Linette in the Australian Open quarter-finals on Wednesday but the Czech said she would take some positives from her run at Melbourne Park.

The former world number one slipped into the second week of the tournament with little fanfare and reached her second straight Grand Slam quarter-final after her run at last year’s US Open.

"Super disappointed about today, because I just thought this was a match which I should win and I could win," Pliskova, who missed last year’s tournament due to an arm fracture, told reporters. "Obviously the serve was not great today at all.

"I suppose you can have days like this. I have been serving really well for like all my matches, and pretty much like for the last two, three weeks."

Pliskova made seven double faults compared to just one from her opponent. The Czech also chalked up 36 unforced errors, more than double Linette’s count.

"On the other hand, I think I played some good tennis here," she added. "All the matches were quite good. For sure, some positive things. Just happy to be back in this stage of tournaments. I’ve got to keep trying."

Pliskova, the 30th seed, had come into the contest with a 7-2 record against Linette but the Pole had beaten her in straight sets in their most recent meeting at the Billie Jean King Cup at the end of 2022.

"I don’t think she’s much different than she was," Pliskova said. "Of course she improves, but I think the main thing ... is just a belief and the confidence, which obviously she has now.

"I think she really made it like difficult for me, not missing many balls, not giving anything for free, any mistakes.

"I just didn’t play a great match. I don’t think that it was bad, but definitely I can play better."