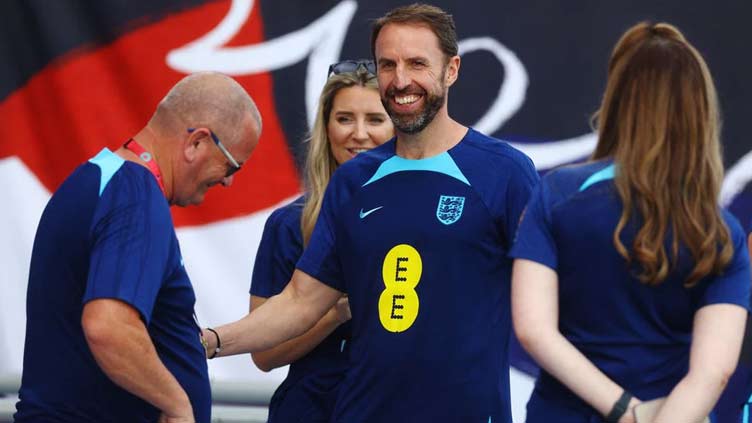 DOHA (Reuters) - England have gathered momentum at the World Cup and are happy to bring some succour to their countrymen suffering the winter cold, soaring costs and industrial strikes, midfielder Declan Rice said on Thursday.

"It makes me happy seeing the videos of them celebrating us scoring. We re going to try to keep going, keep pushing, keep trying to lift everyone," Rice said at the England training camp in Qatar two days before their last 16 clash with Senegal.

"We ve really pulled the country together ... It s obviously really close to Christmas now so hopefully we can deliver them the best Christmas present."

Gareth Southgate s team gave an enormous lift to the nation last summer, after the gloom of the COVID-19 pandemic, in their run to the European Championship final.

Now they are one of the favourites in Qatar, along with the likes of Brazil, Argentina and France, and would dearly love to lift the World Cup for the first time since 1966.

"We re building really well. We re in a really nice position," Rice said, referring to England s relatively comfortable progress to the knockout stage thanks to wins over Wales and Iran and a draw with the United States.

England have one of the deepest pools of talent and are favourites to beat Senegal on Sunday, especially as the Africans are without injured striker Sadio Mane.

"We re obviously onto a bigger test, we know Senegal is going to be really tough. They are a really strong athletic team, some really good individual players," Rice said.

"As the step up in quality starts to arrive, I think you ll see our game start to keep arriving as well," he added, describing the England camp as relaxed and confident.

"Why should we not be feared? We have world class talent across the board. We are one of the biggest teams here. It s down to us to prove that on the pitch."

"I love playing with him," he said of 19-year-old Bellingham who has been alongside him in midfield and opened the scoring for England in their first game against Iran.

"He s young, he s energetic, he gets round the pitch really well. For every game I ve said to him this is your stage, go out and perform, and I ll be there for you."

Striker Rashford is joint top scorer at the World Cup with three so far, and Rice backed him to win the Golden Boot.

"He s going to keep getting the chances. It would be amazing for him to win the Golden Boot, I d be delighted for him to achieve that," he said, celebrating Rashford s return to form after a tough 2021-22 season with Manchester United.

While past England camps had been notoriously tense and cliquey, this time it was fun and games, Rice said.

"Massive credit has to go the manager, the way he s changed the environment. It s really special. We re just together all the time, you never see a player on their own. We re always in twos or threes or tens!"