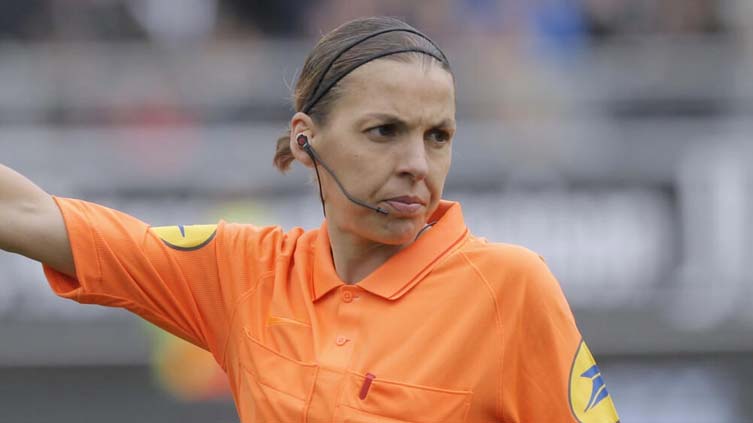 (Reuters) - Stephanie Frappart’s appointment as match referee for Thursday’s crunch World Cup clash between Germany and Costa Rica is a step forward for women in a "sexist sport", according to Costa Rica manager Luis Fernando Suarez.

Frenchwoman Frappart will make history as she leads the first all-female refereeing team at a men’s World Cup in the Group E match which Germany must win to keep alive their hopes of progressing to the last 16.

Suarez said it "spoke volumes" for Frappart’s commitment to reach the top level in a profession dominated by men.

"I am a great admirer of everything women have conquered and I like the fact they want to keep on conquering things," the 62-year-old Colombian told reporters.

"This is another step forward. This speaks volumes for this woman, of her commitment, especially in this sport which is a very sexist one. It’s very difficult to reach the point that she has reached, I think it’s good for football and a positive step for football, to show that it’s opening up for everyone."

The 38-year-old Frappart will be joined by Brazil’s Neuza Back and Mexico’s Karen Diaz as she puts down another marker for female officials having also been the first woman to referee a men’s World Cup qualifier in March.

Last week, she became the first female official at a men’s World Cup when she was fourth official for the Poland v Mexico Group C tie, but on Thursday she will be more in the spotlight.

"I think it’s great and it’s a huge achievement for women globally," Borges, who is playing in his third World Cup for the Costa Ricans, told reporters.

"If she is there it’s because she has all the capabilities to perform on this stage. She has done it before in big matches so I don’t see why tomorrow should be an exception.

"I just hope she has a good match and that we can help her make it an easy match."

Her appointment was also backed by Germany manager Hansi Flick who said he had "100% confidence" in Frappart.

"She deserves to be here based on her performance. I hope she is equally looking forward to the game just like we are, and I hope she can deliver a good performance," he said.

Germany defender Lukas Klostermann also welcomed the move, which he described as "the most normal thing in the game."

"I have never looked prior to the game if it is a man or a woman that will be with the whistle, and I hope it will remain a normality," he said.