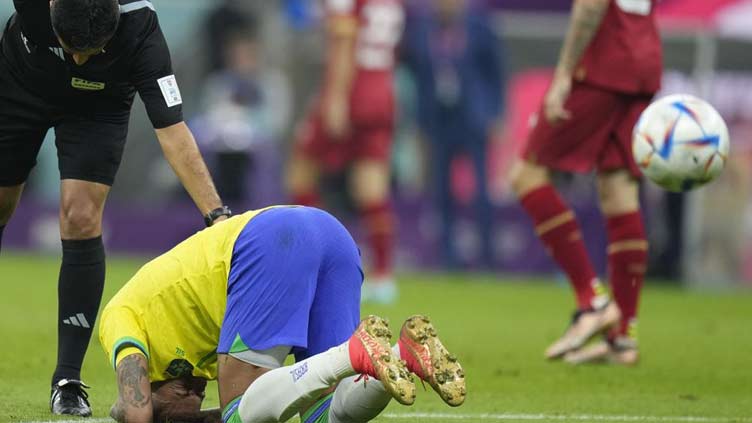 DOHA (AP) — Brazil forward Neymar was undergoing ankle treatment in a swimming pool Wednesday to try to recover in time to play again at the World Cup.

Neymar continued his physiotherapy in a pool at the team’s hotel along with left back Alex Sandro, who has an injured hip. They were jogging and doing other exercises in the pool.

Both players, along with right back Danilo, aren’t available for the team’s final group match against Cameroon on Friday. Neymar and Danilo got hurt in the 2-0 win over Serbia last week. They missed the 1-0 win against Switzerland on Monday. Alex Sandro injured his left hip against Switzerland.

Danilo was back with the rest of the group Wednesday, but he trained separately at the team’s training center.

Brazil reached the round of 16 in advance with its win over Switzerland. A draw against Cameroon will be enough to give Brazil first place in Group G.

Brazil doctors haven’t given a timetable on Neymar’s recovery, or said if he would return.

The forward injured his back in the quarterfinal against Colombia during the 2014 World Cup in Brazil and missed the rest of the tournament. He also missed the 2019 Copa América because of another right ankle injury.