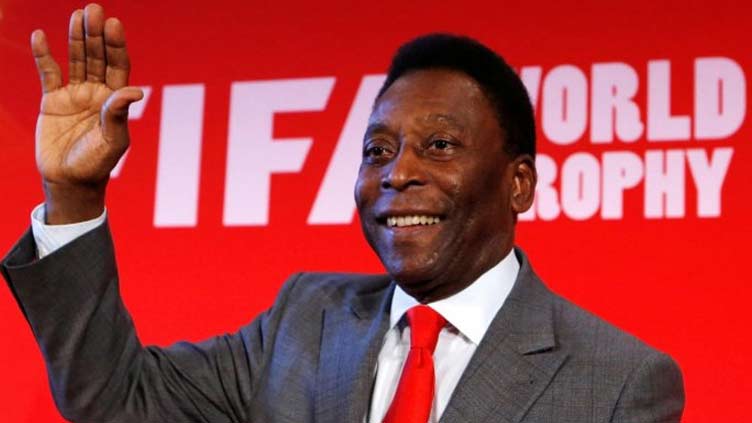 SAO PAULO (AP) — Brazilian soccer great Pele was hospitalized in Sao Paulo to regulate the medication in his fight against a colon tumor, his daughter said on Wednesday.

Kely Nascimento added that there was “no emergency” concerning her 82-year-old father’s health.

Hospital Albert Einstein in Sao Paulo later added in a statement that Edson Arantes do Nascimento, globally known as Pelé, was in stable condition after arriving Tuesday “for a reevaluation of the chemotherapeutic treatment of the tumor.”

The hospital also said the former footballer “has full control of his vital functions” and was not taken to intensive or semi-intensive care units for treatment.

Kely Nascimento, who lives in the United States, made the comments in an Instagram post after what she called “lots of alarm in the media today concerning my dad’s health.”

ESPN Brasil reported earlier that the three-time World Cup champion was brought to the hospital because of “general swelling.”

“Really and truly, we appreciate the concern and love,” Nascimento said.

Pele’s spokesman Joe Fraga told The Associated Press that the former footballer was “in for his monthly check up.”

Pelé had a tumor removed in September 2021, and the hospital said at that time he would begin chemotherapy.

Pelé has used his social media channels since then to deny he was in poor health. His latest public comment was in an Instagram post on Oct. 23, his birthday.

“I just want to express my gratitude. Life is good. Turning 82 with my family, in good health, is the best gift. Thank you for everything I have received,” he said in a video.

Pelé helped Brazil win the 1958, 1962 and 1970 World Cups and remains the country’s all-time leading scorer with 77 goals in 92 matches for the national team.