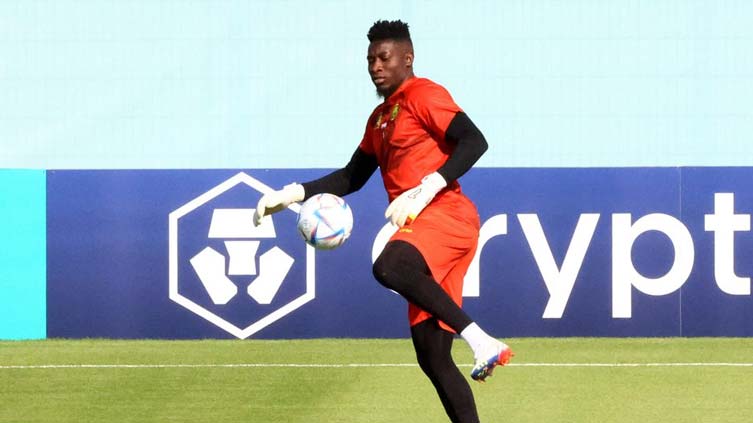 DOHA (Reuters) - Cameroon’s first-choice goalkeeper Andre Onana has been suspended due to disciplinary reasons, the country’s federation (FECAFOOT) said, after he was left out of the squad for their 3-3 draw with Serbia at the World Cup on Monday.

Onana was marked as "absent" on the team sheet, with head coach Rigobert Song saying he had to "put the team first ahead of an individual" amid reports of a falling out over tactics.

Cameroon are third in Group G on one point and need to beat Brazil in their final group game on Friday to stand any chance of reaching the last 16.

"The Cameroon Football Federation hereby informs the public that following Mr. Rigobert Song Bahanag’s decision, head coach of the Indomitable Lions, the player Andre Onana has been temporarily suspended from the group for disciplinary reasons," the statement said.

"The Cameroon Football Federation reiterates its full support to the head coach and his entire staff as they implement the federation’s policy aimed at preserving discipline, solidarity, complementarity and cohesion within the national team.

"FECAFOOT further reaffirms its commitment to create a peaceful atmosphere for the team and to provide them with adequate facilities for an outstanding performance."