Japan defeat means Germany have no margin for error: Flick 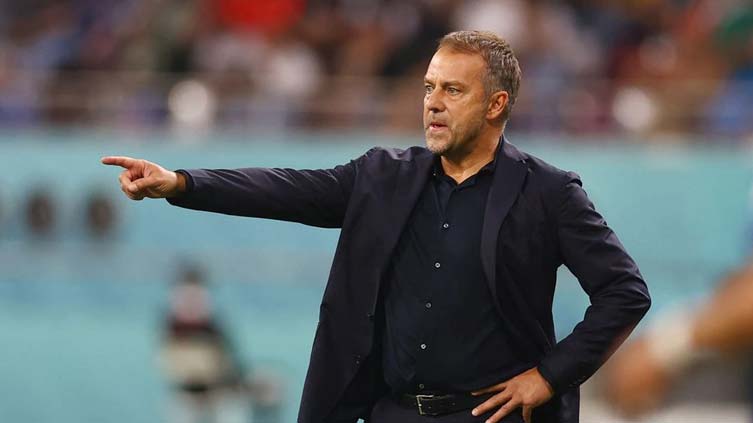 Japan defeat means Germany have no margin for error: Flick

DOHA (Reuters) - Germany have their backs to the wall after losing their World Cup opener to Japan and cannot afford another slip up against Spain on Sunday if they are to have any chance of advancing, coach Hansi Flick said.

The four-times world champions suffered a shock 2-1 loss to the Japanese on Wednesday, after having led 1-0 and wasting scores of chances.

The Germans inexplicably took their foot off the gas in the second half and conceded two late goals to suffer their third consecutive defeat at a major tournament opener.

"We have no free shots anymore," Flick told an online news conference on Thursday.

"We wasted the first one. We now need to work on things and improve them. Now we will go forward and we need to show character to maintain the chance in our last group game."

Germany’s last game is against Costa Rica on December 1.

"We have faith in the team, we are positive and we want to deal with this match on Sunday positively," he added.

"It is important to process defeats, clear the heads and focus on the next task. That is our aim. To get the team to a point where they have the belief."

Germany suffered their earliest World Cup exit in 80 years when they crashed out of the 2018 World Cup in the first round.

Instead of laying the foundations for a deep run in the tournament in Qatar, the defeat by Japan puts the Germans on the back foot once again and they face Spain with the threat of another early elimination hanging over them.

"We did not do some things right in terms of tactics and we need to improve that," Flick said. "In football it is like that. You have to deliver your best performance.

"The criticism is justified."