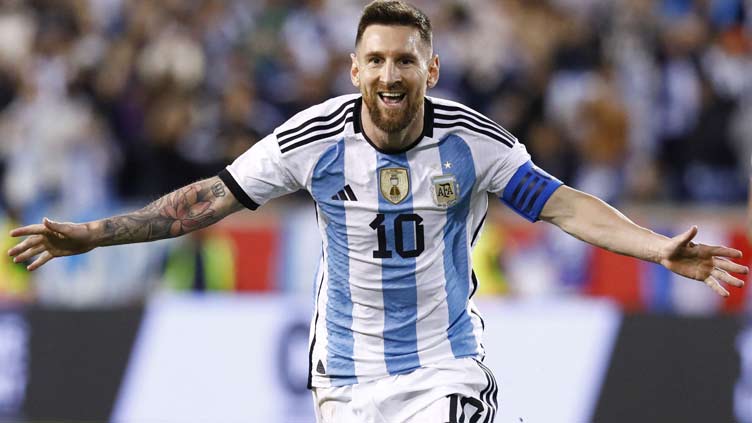 AL RAYYAN (Reuters) - Argentina captain Lionel Messi said he was physically ready for the World Cup in Qatar and that it will be a special occasion as his side are one of the favourites in what is likely to be his last appearance in the global tournament.

"I feel very good physically, I think I m in a great moment, both personally and physically and I don t have any problems," Messi, who did light training away from his team mates on Saturday, told a news conference on Monday.

"I heard that they said I trained differently. It was because I had a knock but there is nothing strange (happening). It was just a precaution."

The 35-year-old, who in Qatar will be playing his fifth World Cup, added that he did not prepare differently for the tournament which for the first time is being played in November and December.

"I didn t do anything special," the forward said.

"I took care of myself and worked as I have done all my career, knowing that this is a special moment, as this is probably my last World Cup, my last chance to achieve this great dream that I have, that we all have."

The seven-time Ballon d Or winner has enjoyed a trophy-laden career at both club and personal level but has so far failed to deliver a long awaited World Cup for his country, something many fans around the world would like to see change this time around.

"It s a beautiful thing that many people outside Argentina want us to be champions and that it s largely because of me," Messi said.

"I m grateful for the love I ve received around the world during my career, and here in Qatar it s another example of that.

"I don t know if we arrive better than at other World Cups. But we ve just won (the 2021 Copa America) and that decompresses us a lot.

"It makes us work in a different way, without anxiety about the national team and its results, and enjoying ourselves."

Argentina kick off their World Cup campaign with a Group C opener against Saudi Arabia on Tuesday and will then face Mexico and Poland.