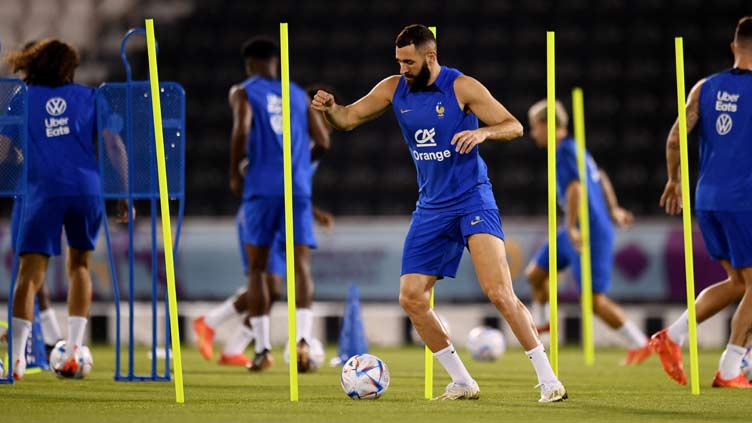 DOHA (Reuters) - Karim Benzema s last-minute withdrawal was labelled as a blow by everyone in the French squad but could actually be a blessing in disguise as Kylian Mbappe is now expected to be paired with his favoured attacking partner in Olivier Giroud.

Mbappe and Benzema have brilliantly combined at times but the Paris St Germain striker has said that Giroud s style of play probably suited him better.

The AC Milan forward s lone striker position offers Mbappe a perfect support in or near the area whereas he and Benzema might have taken up each other s space.

Both are likely to start together in the defending champion s Group D opener against Australia on Tuesday, with Ousmane Dembele adding his speed and Antoine Griezmann his tempo-controlling skills.

"With France, I ve got more freedom than with my club, the coach knows that he has a number nine like Olivier who weighs on the defence," Mbappe said in September, when Giroud was recalled in the absence of the injured Benzema. "So it gives me space to ask for the ball."

France beat Austria 2-0 in the Nations League and Mbappe was full of praise for Giroud. "He was higher up on the pitch, we could combine the three of us (with Griezmann) without being cut off from the rest of the team," Mbappe said.

Giroud, who at 36 is two goals shy of Thierry Henry s all-time France scoring record of 51, could not agree more. "I m a target man. In my career, I ve played with players who like my style because they can use me. It s something than Kylian likes, it s a bonus for him," Giroud said last week.

Benzema was ruled out of the tournament on Saturday with a thigh injury. He was not replaced in the 25-man squad by coach Didier Deschamps.