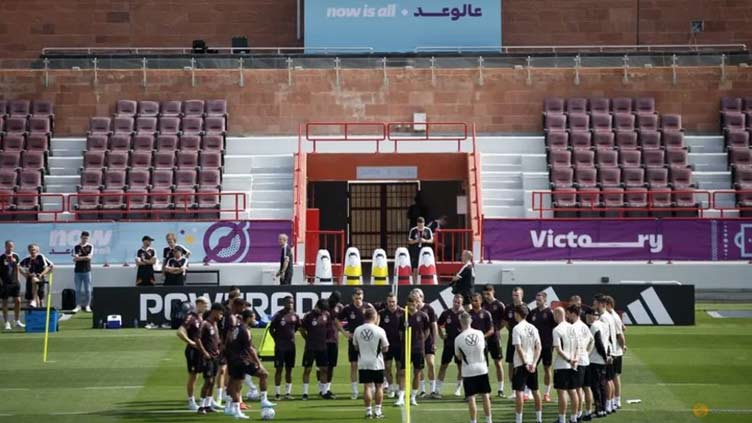 AL SHAMAL (Reuters) - Germany forward Niclas Fuellkrug, who scored the winner in their last warm-up game against Oman on Wednesday, missed his team s first training on Qatari soil with a flu virus, the team said on Saturday.

Germany took to the pitch at the Al Shamal stadium in the northern tip of Qatar as they prepared for their opening World Cup Group E match against Japan on Wednesday.

But the 29-year-old Fuellkrug, who was a surprise addition to the squad after his sensational Bundesliga run for Werder Bremen this season, had to sit it out with the flu.

"He is not in too bad a state at this moment and we will see hour to hour how it develops," said team director Oliver Bierhoff. "I think the time will be enough for him to be ready for the match."

"You never know but it did not sound too dramatic after talking with the medical staff."

The forward, the highest-scoring German player in the Bundesliga this season with 10 goals, snatched the winner on his Germany debut after coming on as a substitute against Oman, for a 1-0 win.

He is seen as a much-needed addition to the squad that had been lacking the qualities and services that an out-and-out striker such as Fuellkrug can bring to their game, especially following injuries to forwards Lukas Nmecha and Timo Werner.

There were no other absences, with Thomas Mueller and Antonio Ruediger, neither of whom played against Oman, back in training after recovering from injury.

Germany play Spain in their second match on Nov. 27 before wrapping up their Group E fixtures against Costa Rica on Dec. 1.