Osaka pulls out of Pan Pacific Open with stomach pain 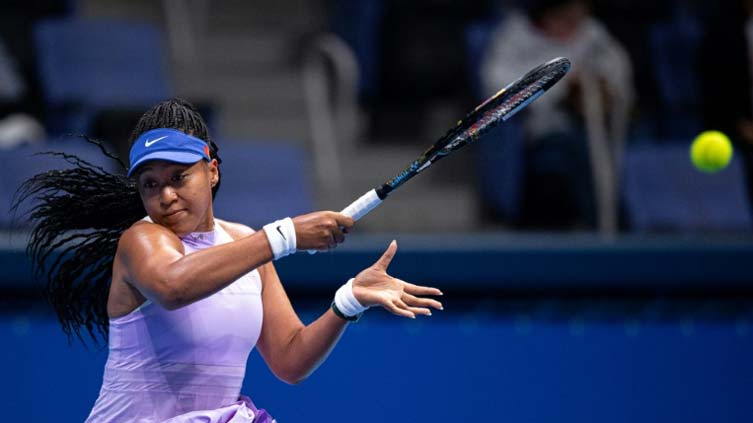 Osaka pulls out of Pan Pacific Open with stomach pain

Osaka pulls out of Pan Pacific Open with stomach pain.

TOKYO (AFP) - Naomi Osaka’s woes deepened when the struggling former world number one pulled out of her home Pan Pacific Open in Tokyo complaining of abdominal pain on Thursday.

The 24-year-old Japanese was set to play Brazil’s Beatriz Haddad Maia in the second round later in the day but withdrew saying her "body won’t let" her compete.

"It’s an honour to be able to play at the Toray Pan Pacific Open in front of the amazing fans here in Japan," Osaka said in a statement released by organisers.

"This has and always will be a special tournament for me and I wish I could have stepped on court today, but my body won’t let me."

"Thank you for all your support this week and I will see you next year," she added.

Osaka, a four-time Grand Slam winner, was looking to end a poor run of form in Tokyo, where she is the defending champion from the last time the tournament was played in 2019.

She has plummeted to 48 in the women’s world rankings after a wretched run that saw her crash out in the first round of her previous three tournaments.

Saville retired from the match and was later found to have torn her anterior cruciate ligament.

Osaka admitted on Monday that she had gone through "more down than up" this year.

"This year has been not the best year for me but I’ve learned a lot about myself," she said, adding that she was "happy to be healthy".

"Life is ups and downs, and this year was more down than up, but overall I’m pretty happy with where I am now."

Osaka has been outside the top 10 all year and endured first-round defeats at both the French and US Opens.

She withdrew from Wimbledon with an Achilles’ injury, after originally considering skipping the tournament because ranking points would not be awarded.

Osaka has previously talked about struggles with her mental health.

Her withdrawal from the Pan Pacific Open was just the latest blow for the tournament, which saw several big names knocked out in the early rounds.

Top seed Paula Badosa of Spain and number two Caroline Garcia of France were eliminated in their opening matches, along with Wimbledon champion Elena Rybakina.

Number six seed Karolina Pliskova lost 6-3, 6-4 to Croatia’s Petra Martic in the second round on Thursday to become the latest casualty.