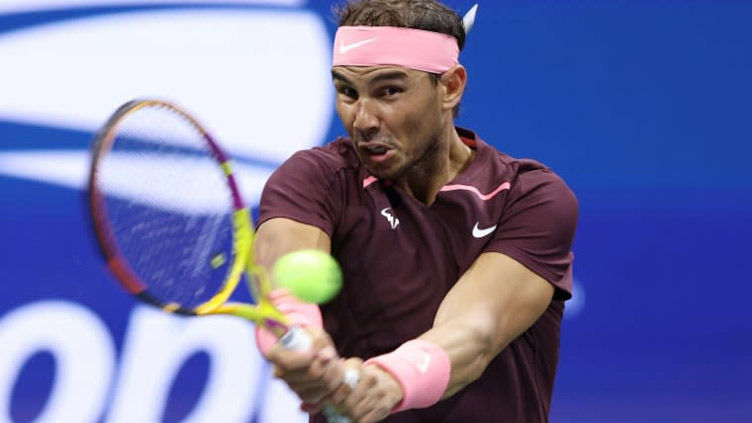 Second seed Nadal improved his record against Gasquet to a perfect 18-0.

NEW YORK (AFP) - Rafael Nadal demolished Richard Gasquet in ruthless fashion to march into the last 16 of the US Open on Saturday with his 18th straight victory over the French veteran.

Second seed Nadal improved his record against Gasquet to a perfect 18-0 with a clinical beatdown of his close friend on the Arthur Ashe Stadium court.

Nadal’s 6-0, 6-1, 7-5 victory in 2hr 17min sees him advance to a meeting with American 22nd seed Frances Tiafoe on Monday for a place in the quarter-finals.

"He can play very aggressive, I need to keep improving to keep playing better and better to have chances to get through."

Nadal was left with a bloody nose on Thursday when he accidentally struck himself in the face with his racquet but reported no lingering effects on Saturday.

"It’s a little bit bigger than usual but it’s okay," Nadal said. "The nose is still there."

Nadal and Gasquet, who came up through the ranks of junior tennis together, first met as professionals on clay in Estoril 2004, with Nadal winning in three sets.

Since that first encounter, the duo’s head-to-head record has been a story of unrelenting dominance by Nadal.

Gasquet has only taken four sets off the Spanish master, the last of which came at the Canadian Masters in 2008.

Saturday’s encounter again followed the same script, with Nadal showing no mercy as he raced to a crushing win.

Nadal used his blistering groundstrokes to dominate Gasquet, unfurling a series of 35 pinpoint winners into the corners to torment his opponent.

Gasquet almost got an early confidence boost in the opening set, when in the first game he grabbed three break points at 0-40.

But Nadal reeled off five straight points to hold serve and that was pretty much as good as it got for the French world No.91, whose best performance in New York was a semi-final appearance in 2013.

After taking the first set 6-0, Nadal threatened to repeat the margin in the second until Gasquet finally held serve for the first time in the match to make it 3-1.

That earned Gasquet one of the biggest cheers of the night from the Arthur Ashe crowd, the Frenchman raising an arm aloft to acknowledge the applause.

Normal service resumed swiftly thereafter however, with Gasquet being broken again to go 5-1 down before Nadal held for the set.

Gasquet put up stronger resistance in the third, recovering to break back after dropping serve to keep the match on serve at 5-5.

But Gasquet wilted in the 11th game, with Nadal breaking for a 6-5 lead before closing out the win.