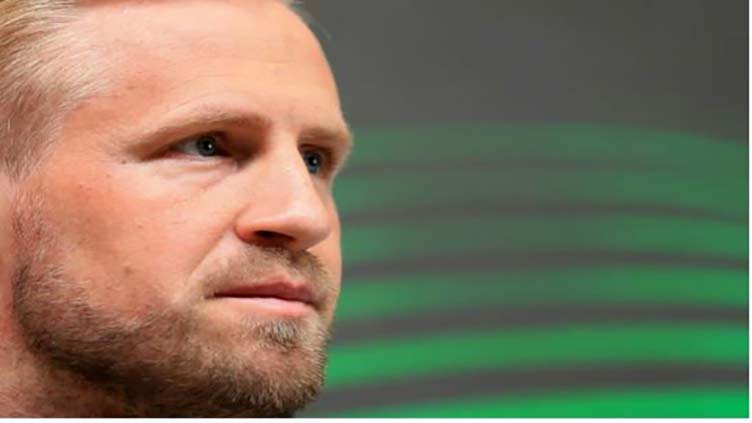 LONDON (AFP) - Leicester goalkeeper Kasper Schmeichel is to join Ligue 1 side Nice from Leicester City, having been a mainstay of the most successful period in the Premier League club’s history.

The 35-year-old, whose 11-year spell with the Foxes saw him win the Premier League, FA Cup and Community Shield, will join the French side for what Leicester said was "an undisclosed fee".

Leicester captain Schmeichel, whose 479 appearances are the third most in the club’s history, was a key figure in the their shock 2015/16 Premier League title triumph and maiden FA Cup final win in 2021.

The Denmark international, the son of former Manchester United goalkeeper Peter Schmeichel, joined Leicester from Leeds in 2011 and soon became a fans’ favourite.

Leicester chairman Aiyawatt Srivaddhanaprabha paid tribute to Schmeichel in a club statement by saying: "Throughout his time with us and particularly as a captain and vice-captain, Kasper has always been a player willing to stand up and take responsibility, leading the team with distinction.

"His influence and his leadership on and off the pitch speak volumes about him as a professional, as a football player and as a human being."

The Thai added: "I know Leicester City supporters share the respect we all have for a player of Kasper’s standing after all his accomplishments as a footballer and captain and will join me in wishing him the very best for the next stage of his career in France with OGC Nice."