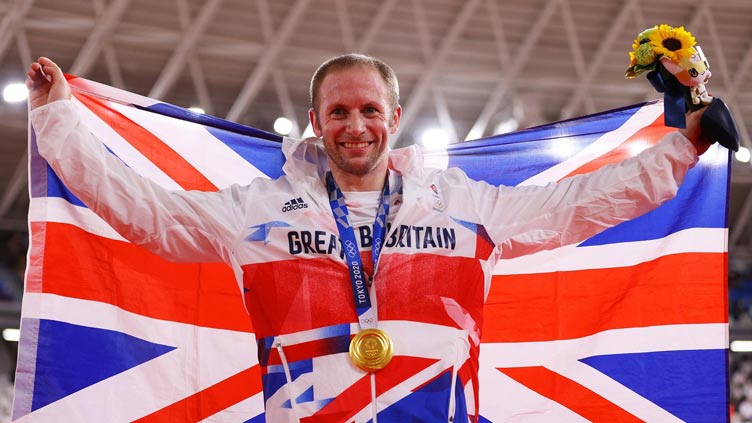 The 33-year-old revealed Thursday that he has started work as British Cycling’s men’s podium sprint coach and is in charge of several riders who were his teammates until recently.

Kenny’s seventh Olympic gold medal came in the keirin at the Tokyo Games last August, 13 years after his first in Beijing.

He had intended to compete at the 2024 Paris Olympics but Kenny said the chance to coach the British squad was too good an opportunity to turn down.

"It wasn’t an easy decision," said Kenny, who is now officially ‘Sir Jason’ after being knighted in Britain’s New Year Honours list.

"I genuinely wanted to carry on to Paris, but I creak quite a lot these days and I always knew I wanted to go into coaching off the back of it, and this opportunity came along.

"I am a little bit sad to be honest because all I’ve known is riding and competing, but I’m quite excited to get stuck into the job."

He added: "This opportunity might not come here again. If they got a good coach they could be in the role for potentially 10 years, so I thought I’d go for it now... I think if I hadn’t got the job I would have carried on (racing) in all likelihood."

Kenny previously quit after winning team sprint, individual sprint and keirin golds at the 2016 Rio Olympics, but reversed his decision a year later.

‘It was really special’

He insisted he was getting off the bike for good this time.

"Since I came back into it I’ve really enjoyed it again. So this time I’m absolutely loving it, so now I’m going to quit!"

Kenny is one half of one of sport’s most successful couples, with wife Laura also an outstanding cyclist.

Laura became Britain’s most successful female Olympian when she won her fifth career gold with victory alongside Katie Archibald in the Madison in Tokyo.

Kenny said his new role would allow him to spend more time with the couple’s four-year-old son, Albie.

"Athletes’ days off are not really off -- you’re planning for the next day," he said.

"It basically consists of not doing anything too arduous and fuelling right.

"You can’t just go and play football with Albie or whatever. Now I think I’ll have less time off but I’ll be able to enjoy it more," added Kenny, who has replaced Scott Pollock, who served as an interim sprint coach following the dismissal of Kevin Stewart in November 2020.

Kenny said he could not have wished for a better end to his cycling career than taking keirin gold in Tokyo, where he burst clear of the pack and stayed ahead for three laps in his last senior race.

"If I could have picked a day to end on, that would be the one."