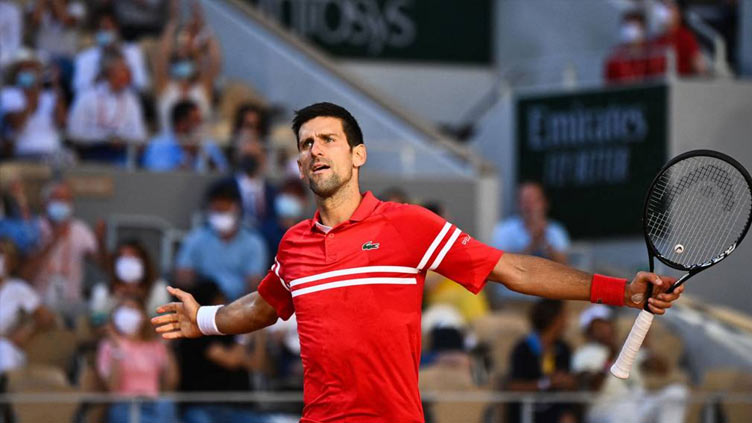 PARIS (AFP) - Novak Djokovic’s scepticism over the Covid-19 vaccine is shared by other sports stars.

The Green Bay Packers legend and Super Bowl winning quarterback has been a leading voice against vaccination.

The 38-year-old has cast himself in the role of a victim of a "woke mob" and "cancel culture" following criticism when he tested positive.

Prior to that he had said he was "immunized" having sought alternative treatment. Rodgers claimed two of the vaccines contained an unspecified ingredient he was allergic to and refused to take the other after hearing of "multiple people" complaining of "adverse events".

Rodgers counted the cost of his stance and his attack on those criticising him when an American health care company cut ties with him last November having taken a dim view of his remarks.

Rodgers got a mild dose of coronavirus and still refused to be vaccinated but German midfielder Kimmich was not so fortunate when he contracted it in late November.

The 26-year-old Bayern Munich star suffered lung damage that ruled him out of action till January.

He had sparked fury when he revealed in October he was against being vaccinated due to "fears and concerns".

"I thought I could protect myself from the virus if I stuck to all the rules and tested regularly," he said.

Stranger still was that in 2020 he and team-mate Leon Goretzka founded the initiative "We kick Corona" by donating money to support vaccination campaigns and charitable projects.

He has, however, finally booked a vaccination appointment admitting "it would have been better to do it earlier".

The normally muscle-bound 2020 US Open champion looked leaner after he returned following a bout of covid which cost him his place at last year’s Olympics in Tokyo.

The 28-year-old golfer revealed he had lost 10lbs (4.5 kilos) due to the virus. However, he insisted that experiencing it had made him no more enthusiastic to be vaccinated.

"The vaccine doesn’t necessarily prevent it from happening," he told American media in August.

"I’m young enough, I’d rather give it (the vaccine) to people who need it. I don’t need it. I’m a healthy, young individual that will continue to work on my health."

Dechambeau -- both of whose parents have been vaccinated -- said he would contemplate doing so if he felt the vaccine met his standards.

The Brooklyn Nets NBA star has been welcomed back into the fold after spending the first two months of the season sidelined due to his refusal to be vaccinated.

The 29-year-old point guard said his much criticised decision was not because he was anti-vaccination, it was simply a personal choice.

"I am doing what’s best for me," he said in October.

"I know the consequences here, and if it means that I’m judged and demonized for that, that’s just what it is, that’s the role I play."

Even with his return Irving -- who won the NBA title with the Cleveland Cavaliers in 2016 -- can only play a role on the road because, as long as he remains unvaccinated, he cannot play home games due to New York’s vaccine mandates.

Whilst Djokovic and his lawyers battle the Australian system, fellow tennis player Sandgren did not even try for a medical exemption.

The 30-year-old American, who posseses two Australian Open quarter-final spots compared to the nine singles titles of Djokovic, said he did not meet the conditions required to secure one.

"I have not quite the same pull," Sandgren noted dryly prior to Djokovic’s stand-off at the airport in Melbourne.

However, once Djokovic was held up he was scathing of the Australian stance.

"Just to be crystal clear here," he tweeted.

"Two separate medical boards approved his exemption. And politicians are stopping it. Australia doesn’t deserve to host a grand slam."