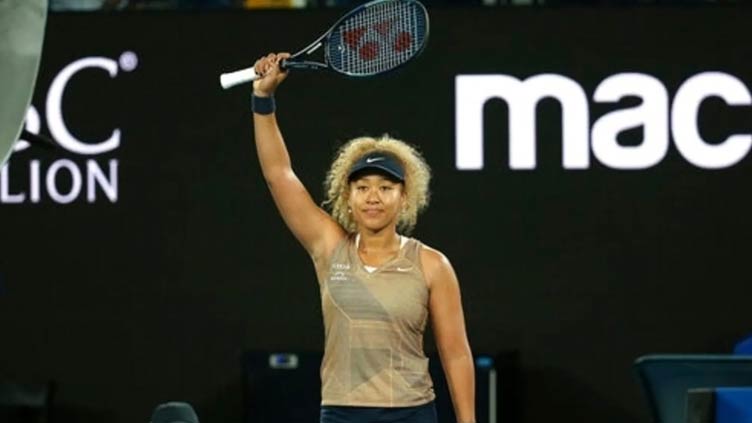 Four-times Grand Slam champion Osaka beat Petkovic 6-1 7-5 as the Japanese player fought back from a break down in the second set, sealing victory in one hour 14 minutes at Rod Laver Arena.

The 24-year-old, who struggled for form last year since withdrawing from the French Open in May, will face third seed Veronika Kudermetova in the last four after the Russian beat compatriot Anastasia Potapova 6-2 4-6 6-0.

"I definitely think I played really well in the first set, and I was really happy about that," Osaka said. "I feel like it was just a matter of feeling out.

"I think she (Petkovic) felt me out a little bit in the second set and, I don t know, I also haven t played a lot of matches, so it was just sort of recovering from that and just trying to keep playing my game."

Halep looked in control during the first set but allowed her Swiss opponent back into the contest in the next and appeared frustrated at times in the decider, where both players freely traded breaks early on.

An error-prone Halep continued to struggle on her serve and smashed her racket before breaking for a 5-4 lead and heaved a big sigh of relief when she sealed the win on Rod Laver Arena.

"It was really difficult," Halep said. "I didn t trust that I could win the match, but I fought. She played unbelievable tennis so I m happy I could be stronger in the end."

Rafa Nadal s hopes of getting some much-needed practice in before the Jan. 17-30 Australian Open were dashed when Dutchman Tallon Griekspoor pulled out of their quarter-final clash with an unspecified injury.

The Spanish world number six, who brought a premature end to his 2021 season with a left foot issue, beat qualifier Ricardas Berankis on Thursday before withdrawing from his doubles clash.

The 20-times Grand Slam winner will meet Emil Ruusuvuori in the semi-finals after the Finn eased past Alex Molcan 6-2 6-1.