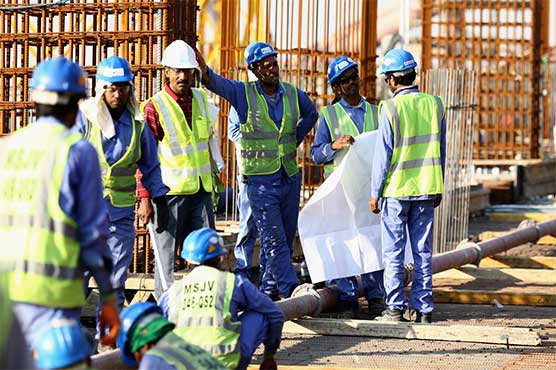 Qatar is running out of time to stamp out widespread serious labour abuse.

DOHA (AFP) - Qatar is running out of time to stamp out widespread serious labour abuse for tens of thousands of migrant workers before hosting the 2022 World Cup, Amnesty International warned Tuesday.

The human rights group said in a yet another critical labour report that despite well-publicised "nascent reforms", Qatar risks breaking its promise to the world to deliver meaningful change before football s biggest tournament is hosted for the first time in the Middle East.

"Time is running out if the Qatari authorities want to deliver a legacy we can all cheer, namely a labour system that ends the abuse and misery inflicted upon so many migrant workers every day," said Amnesty s Stephen Cockburn.

Although the "Reality Check" report focuses on conditions for all of the two million migrant workers in Qatar, not just the 30,000 on direct World Cup projects, Amnesty said FIFA had an "ongoing responsibility" to prevent abuse.

The report stated that despite reforms, conditions "for many migrant workers in Qatar remain harsh".

This practice, which ties workers to their employers, restricts their ability to change jobs or leave the country, remains firmly in place, said Amnesty, despite Doha s promises to end the system.

Amnesty also called for much better protection for some 175,000 domestic workers, who remain "out of sight and out of mind".

"Holes in the reforms to date mean many workers are still stuck in harsh conditions, vulnerable to exploitation and abuse, while those who return home do so empty handed, with no compensation and no justice," added Cockburn.

The report could temper the current jubilatory mood in Qatar, where there has been widespread celebration since the national team won its first ever Asian Cup at the weekend.

The wealthy gas-rich state has initiated a series of labour reforms in recent years following intense international pressure and at a time of deep political tension within the Gulf, which has seen Qatar isolated by former neighbouring allies.

Qatar has introduced a monthly minimum wage of 750 Qatari riyals ($206, 180 euros), a system to ensure workers are paid electronically, and partially scrapped the exit visa system which meant workers had to seek employers  permission before leaving the country.

It also agreed in 2017 to work closely with the International Labour Organization (ILO), which now has a Doha office, to improve workers  conditions.