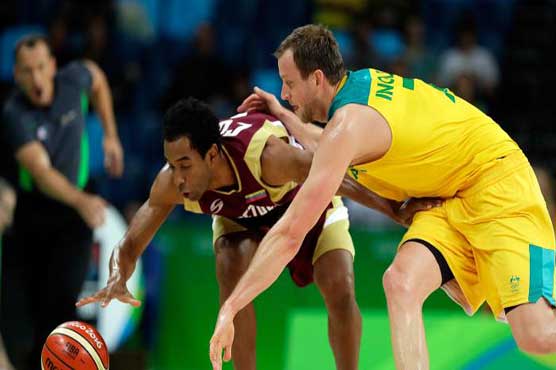 The Aussies were in command throughout the game and iced it against the cold-shooting Venezuelans in the fourth quarter thanks to a 10-0 run.

That run was sparked by a pair of three-pointers from shooting guard Chris Goulding, who led all scorers with 22 points.

Australia finished second to the United States in Group A, which means they will be in a different bracket from the powerful Americans in the knockout phase.

Australia has played well as a unit, beating a quality French side by 19.

They also routed hapless China, beat Serbia and lost by 10 points to the USA in a game that was closer than the final score indicated.

Their quarter-final opponent will not be decided until Monday, when Group B wraps up.

The Americans have not lost a game in the Olympics since Athens 2004, or internationally for a decade, and the current crop of all-stars is heavily favoured to win a third straight gold in Rio.

Sarah Robles first Olympics medal for US in 16 years