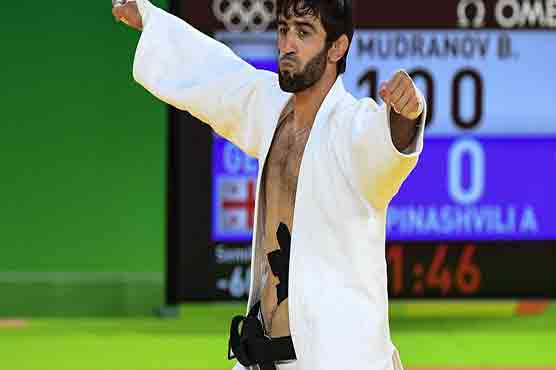 RIO DE JANEIRO, Aug 6, 2016 (AFP) - Beslan Mudranov won Russia s first gold medal of the Rio Olympics in the judo competition on Saturday after their team was slashed over a massive doping conspiracy.

The International Judo Federation (IJF) had been outspoken in backing Russian athletes  right to compete in Rio after calls for a blanket ban over the discovery of a state-sponsored doping plot.

Mudranov, ranked 16 in the world, won by waza-ari 44 seconds into the golden score period after neither man was able to score any points in the regular period.

The International Olympic Committee (IOC) allowed Russia to compete in Rio but they have their smallest team in more than a century after several sporting federations barred athletes over the doping scandal.

"We hope that by allowing participation of Russian athletes in Rio 2016, we will send out a positive message to all the young people who deserve to be given examples of friendship instead of examples of Cold War," the IJF said in a statement before the Games.

Kerry presses on with Russian talks on Syria despite Aleppo setbacks

Obama vows to crush IS, concerned about Russia in Syria