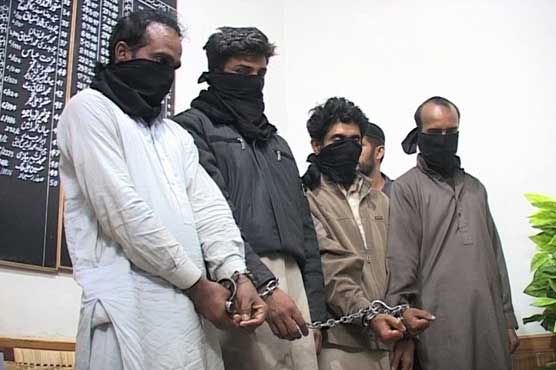 Police have arrested four proclaimed offenders during a raid in Islampura Bazar in Lahore.

According to details, police raided a house situated in Islampura Bazar and arrested four proclaimed offenders.

According to SHO Islampura Police Station, the four accused were wanted in murder and robbery cases. Police have also recovered six pistols, mobile phones, four stolen motorcycles from their possession.