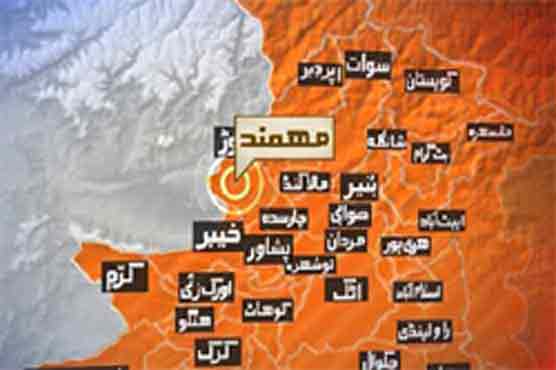 At least two soldiers were martyred and nine others were injured on Monday in a landmine blast.

MALAKAND: At least two personnel of Pakistan army were martyred and nine others were injured on Monday when their vehicle hit landmine in Mohmand Agency, officials said.

According to security officials, a vehicle of the security forces hit a landmine in Dozai area of the Mohmand Agency in restive tribal region.

Two personnel were martyred while nine were injured, officials said adding the vehicle was completely destroyed in the attack.

Security forces rushed to the scene soon after incident took place and cordon off whole area to kick off search operation.

The wounded personnel were shifted to military hospital in Malakand and Peshawar.