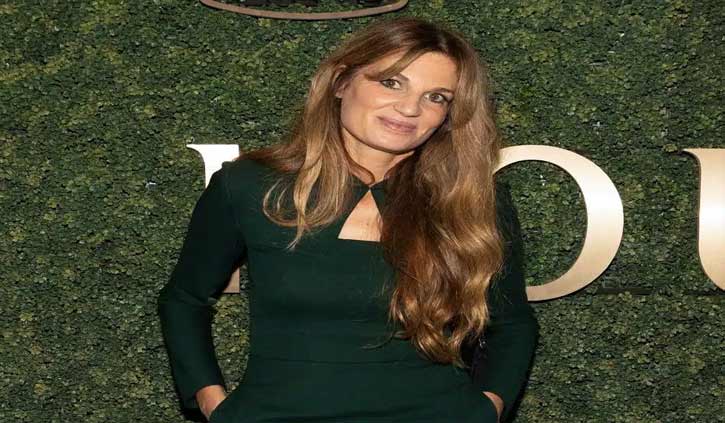 The movie ‘What’s Love Got to Do with it?’ is going to hit Australian cinemas on Jan 26.

LAHORE (Dunya News) - As an expression of love for Pakistan, Jemima Khan wants to show the Pakistan she got to know when she moved in with her ex-husband and former prime minister Imran Khan, in the movie ‘What’s Love Got to Do with it?’

After marrying Imran Khan and living in Pakistan, Jemima feels as though she almost grew up there. In the time she spent in Pakistan, she saw the side of the country that is seldom displayed in western media ‘the vibrant, joyful, and colourful Pakistan’.

The film follows Zoe Stevenson (Lily James), a documentary maker from London as she searches for her next project. She meets up with childhood friend, Kaz Khan (Shazad Latif) who tells her he has decided to follow the same path as his parents and find his match via an assisted marriage. Unlucky in love, dating app addict Zoe is fascinated by the idea and decides to make it the focus of her next documentary.

Jemima further says, before meeting Imran and learning more about his culture, she had never even heard the term ‘assisted’ marriage; rather she had heard of ‘arranged’ marriage. She says there’s a tendency to conflate arranged marriage with forced marriage, which is an unfair assessment.

She found herself living with her in-laws, Imran’s father, sisters, sisters’ husbands, and their children at 21 years of age. During this time, she was able to see the experiences of arranged marriages, both ones that had stood the test of time and those that were just beginning. She says some of them were really successful and happy, seemingly challenging the notion of love that people have been knowing in the west.

The movie ‘What’s Love Got to Do with it?’ is going to hit Australian cinemas on Jan 26.