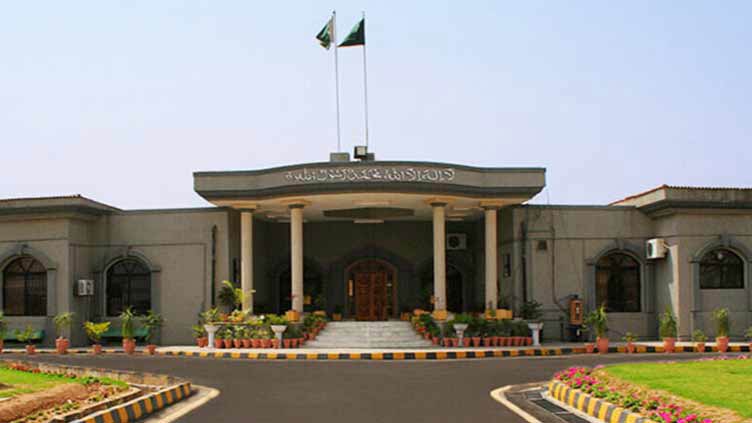 ISLAMABAD – The Islamabad High Court (IHC) on Friday admitted a petition filed by the Pakistan Tehreek-e-Insaf (PTI) seeking early decision in foreign funding cases against the PML-N, the PPP and other political parties.

During today’s hearing, PTI counsel Faisal Chaudhry requested the court to take up the plea before the start of the winter vacation. The chief justice remarked that various important cases of the PTI were already scheduled this month. He said the petition for early decision in funding cases would also be heard before the vacation.

Last week, PTI leader Farrukh Habib had filed a separate petition in a pending case in the high court. He named the Election Commission of Pakistan (ECP) as a respondent in the case. He also requested the court to order the electoral watchdog to hear prohibited funding cases of other parties on a daily basis.

The former minister argued in his application that a delay in the decisions in cases against other political parties was giving them an opportunity to take political advantage of the “false report” against the Imran Khan-led party. Saying the fundamental rights of the PTI members are being violated, the petition said that questions raised in the application should be answered to safeguard democracy.

In August this year, the ECP announced its verdict in the prohibited funding case against the PTI. It ruled that the party received funds from business tycoon Arif Naqvi and 34 foreign nationals. It went on to say that the party had taken ownership of eight accounts and kept 16 hidden.