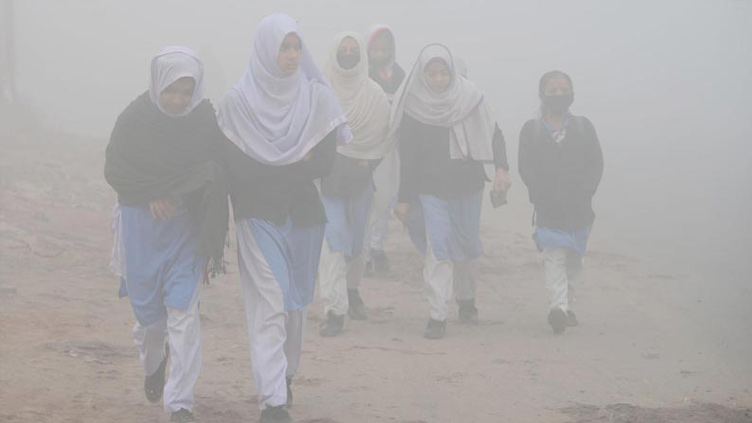 Lahore repeatedly tops the daily ranking of most polluted city in the world.

LAHORE (Dunya News) – The Lahore High Court (LHC) on Tuesday directed the Punjab government to submit a notification of schools’ closure amid persisting smog in the provincial capital.

The high court conducted hearing on a case related to smog situation in Lahore, which has repeatedly topped the daily ranking of most polluted city in the world.

In the last hearing, Justice Shahid Karim remarked that the government has to cut the school days in a week and shift to partial work-from-home policy if the current environment situation continues.

The court had also directed the government to amend its policy regarding brick kilns and factories responsible for increasing air pollution. Such factories and brick kilns should be razed, instead of sealing them for violating the environment laws, Justice Karim stressed.

Health experts have urged people to take precautionary measures while the LHC has expressed its displeasure with provincial government’s inability to control the environmental crisis.