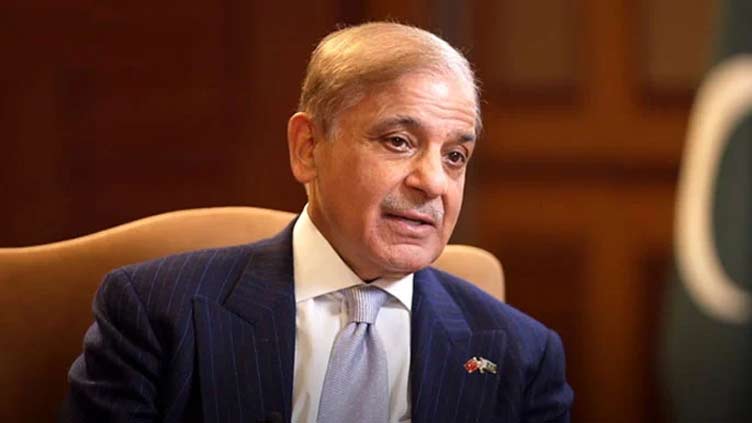 ISLAMABAD (Dunya News) – Prime Minister Muhammad Shehbaz Sharif on Sunday said that Pakistan Tehreek-e-Insaf leader Imran Khan’s recent diatribe against parliamentary democracy was the latest in a series of attacks that flew in the face of how democracy functioned in modern nation-states.

On his Twitter handle, the prime minister said that PTI leader’s politics were aimed at making his way to power, even if it meant undermining foundations this country stood on.

On Saturday, in an interview with a private channel, former premier and Pakistan Tehreek-e-Insaf (PTI) chief Imran Khan said that the decision to extend former army chief retired General Qamar Javed Bajwa’s tenure was a "mistake."

The PTI chief said that his ouster exposed many people, adding that he knows the Sharif family for 40 years, and their only motive is to loot the nation and get NRO.

Imran Khan added that when these two families [Sharif and Zardari] came to power, Pakistan started to crumble, adding that PML-N’s Miftah Ismail and current Financial Czar Ishaq Dar were squabbling with each other on the state of the economy as the country headed towards a default.

"It was a mistake to give an extension to former army chief General (retired) Bajwa, and extensions should not be given in the military, but the situation was otherwise and he had no option," he added.

Earlier today, Imran Khan while reacting to PTI’s leader and Senator Azam Swati’s arrest said that he expected that the new military leadership would have "dissociated" from retired Gen Qamar Javed Bajwa’s policies.

Taking to Twitter, the former premier stated that "The entire nation is shocked at the vindictive cruelty Senator Azam Swati is being subjected to, and for what crime?"
The PTI Chief asked that "For intemperate language and asking questions which is the right of anyone in a democracy?"

He further stated that internationally, Pakistan and its military were being perceived "increasingly negatively" because the incumbent federal government was "seen as a mere puppet government".

"One had hoped the new mly ldrship would have immed disassociated from the 8 mths of Bajwa’s fascist actions against PTI, the media & critical journalists," he added.

Imran khan further said "74-year-old Senator Swati must be released immediately, not only because he committed no crime to deserve this mental and physical torture", but because the "petulant and vengeful targeting" was undermining the military’s credibility.