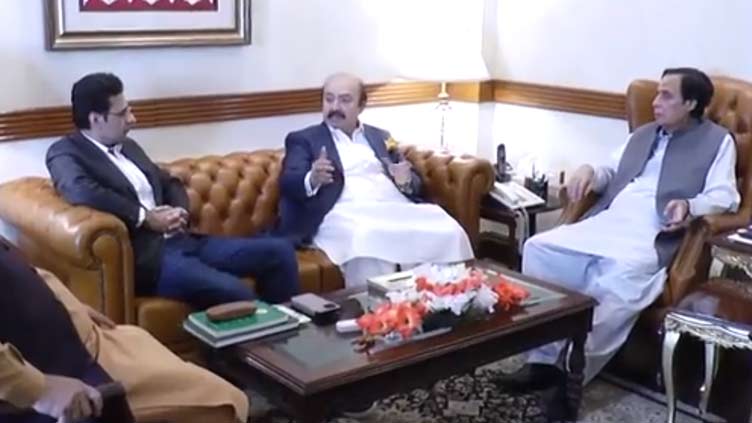 He said this in his meeting with Speaker Punjab Assembly Sibtain Khan who called on him and discussed ongoing political situation in detail.

Matters pertaining to the rules and regulations of the Punjab Assembly and other legal issues and technical aspects of the constitutional situation also came under discussion in the meeting. The two leaders reiterated their determination to vigorously fight against the unconstitutional tactics of the opposition.

Speaking on the occasion, the Punjab CM said that he stand by Imran Khan will continue to stand by him, adding that the PTI chairman is the real leader of the nation and leaders like him are found in decades.

On the occasion, Pakistan Muslim League-Quaid (PML-Q) leader and former federal minister Moonis Elahi said that those trying to create misunderstandings are bound to fail and the Punjab assembly and chief ministership is of former PM’s.

Speaker Sibtain Khan said that the party is united under the leadership of Imran Khan, adding that Muttahida Ulema Board Punjab Amendment Bill, Punjab Empowerment Ministry of Persons with Disabilities Bill will be presented in the assembly session.