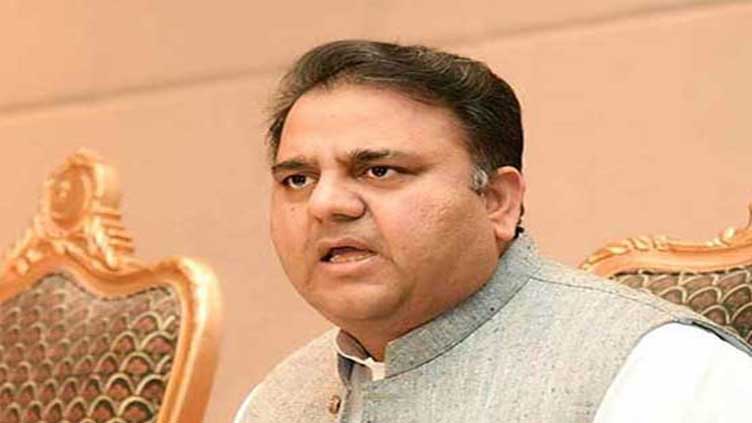 In an interview with "Dunya Kamran Khan Kay Sath" on Dunya News, Fawad Chaudhry said that the PDM was not prepared to hold elections – given the results of the by-elections. "We would have had more seats if the establishment had not stepped in," he added.

The PTI leader continued, "A video was not created in our regime by disrobing a journalist. Journalists have not faced threats or terrorism incidents like during the previous administration.”

Earlier, Fawad Chaudhry said that it is up to Prime Minister Shehbaz Sharif to call for elections since his party also has the option of dissolving the assemblies of Punjab and KP.

Speaking to the media in the provincial capital of Punjab while being flanked by PTI leader Farrukh Habib, Fawad said that all of the lawmakers, who were present at parliamentary party meeting – led by PTI chairman Imran Khan –decided to dissolve the assemblies. In this regard, Imran will speak with the KP parliamentary party tomorrow, he added.

Punjab Chief Minister Parvez Elahi, was mentioned by Fawad as having agreed to give the PTI chairman the authority to dissolve the Punjab Assembly. The former information clarified the issue of withdrawing from assemblies by saying that Imran will himself announce the date in this regard.

He said that since Imran had today invited government to discuss election date, Shehbaz Sharif now had to take the initiative. The PTI will win the elections whenever it is held, based on what the polls show, claimed the PTI stalwart.

Schooling the incumbent government for the overall situation, Fawad said that the Shehbaz-led government was failed to administrate the country.