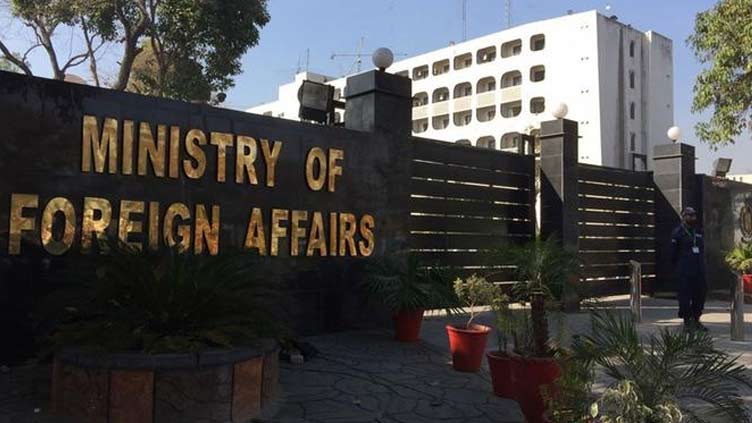 ISLAMABAD (Dunya News) – Pakistan on Friday summoned the Afghan Chargé d’affaires to the foreign ministry to convey its “deep concern and anguish” over the attack in Kabul on Pakistan’s Head of Mission Ubaid-ur-Rehman Nizamani.

Additional Secretary (Afghanistan & West Asia) conveyed Pakistan’s grave concern over the serious incident in which the Head of Mission remained unhurt. However, the security guard Sepoy Israr Muhammad was seriously wounded while valiantly protecting the Head of Mission.

The Chargé d’Affaires was conveyed that the security and protection of Pakistan’s diplomatic missions and personnel was the responsibility of the Afghan interim government and that this incident was an “extremely serious security lapse.”

It was underscored that perpetrators of this attack must be apprehended and brought to justice urgently, an investigation be launched into the serious breach of security of the embassy premises, and that all necessary steps be taken to ensure the security of the diplomatic premises, officers and staff working in Pakistan’s Mission in Kabul and consulates in Jalalabad, Kandahar, Herat and Mazar-i-Sharif.

Calling the attack “highly unfortunate”, the Afghan Chargé d’Affaires (a.i.) said that the attack was perpetrated by the common enemies of Pakistan and Afghanistan.

He said the attack had been condemned by the Afghan leadership in the strongest possible terms at the highest level.

He also informed that the security of the Pakistani diplomatic missions had already been beefed up and assured that the Afghan authorities would leave no stone unturned in bringing the perpetrators of this dastardly act to justice.

Meanwhile, in response to a query, the FO spokesperson said there were no plans to close the embassy or withdraw diplomats from Kabul.

“Pakistan is in contact with the Interim Government in Afghanistan and enhanced security measures are being taken to protect Pakistani diplomatic personnel and Missions in Afghanistan,” the spokesperson added.