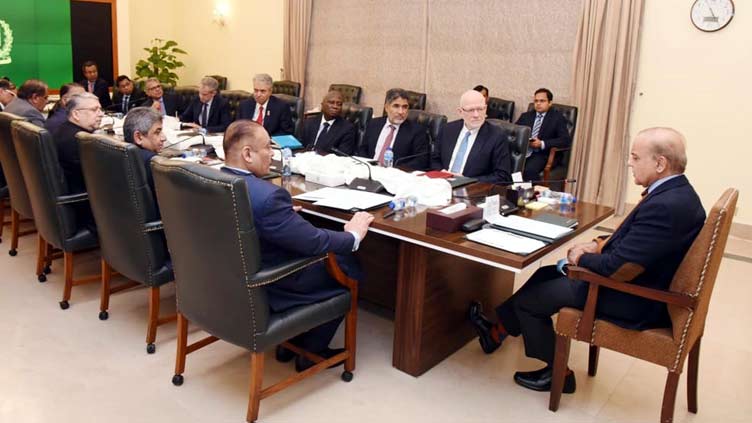 ISLAMABAD (Web Desk) – Prime Minister Shehbaz Sharif said on Thursday that government of Pakistan is firmly committed for polio eradication from the country.

Talking to a delegation of the Global Polio Eradication Initiative in Islamabad on Thursday, he reassured unwavering support and commitment to eradicate polio from Pakistan.

He said Polio has been eradicated from most parts of the country except certain pockets, which are being targeted through period vaccination campaigns. He said keeping the political differences aside, the whole country stands united to make Pakistan polio free.

The Prime Minister said Pakistan will continue its efforts until the last child is vaccinated and Pakistan is polio free. He said whole Pakistani nation is thankful to our partners and donors, including Bill and Melinda Gates Foundation, Rotary International, UNICEF and WHO for helping in polio eradication from Pakistan.

The delegation was led by Chair Polio Oversight Board and President Global Development Program of Bill and Melinda Gates Foundation Dr. Christopher Elias.

The Prime Minister thanked the delegation for its untiring efforts regarding polio eradication in Pakistan. He also highlighted the government s efforts, which have resulted in containing the spread of the virus to the extent that major parts of the country are now polio free whereby only few pockets are left which are being targeted in the periodic polio campaigns. The Prime Minister also assured the delegation that the teams in the field are given high level security and Pakistan will never allow anyone to sabotage this national effort.

Country Director, UNICEF briefed the Prime Minister about the relief efforts in flood hit areas of the country and polio campaigns in those areas.

The delegation also lauded the Prime Minister for keeping the politics aside and working with the provincial governments for polio eradication from the country.