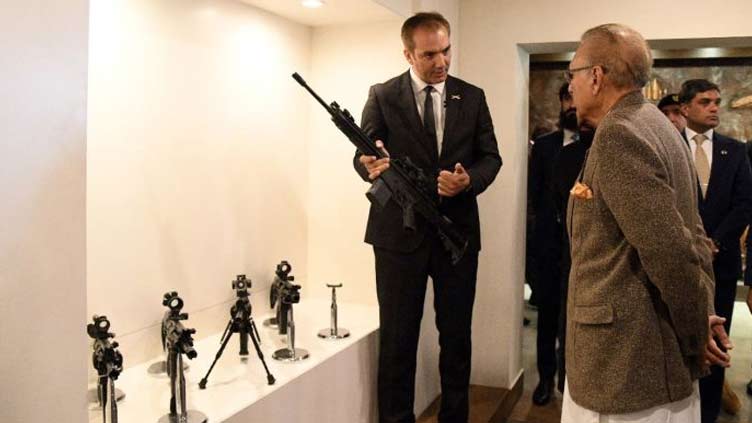 The president also called for adopting the best practices to further improve its efficiency and productivity.

“The defense production sector has immense potential for growth which can be fully realized by continuously improving the capacity of its human resource and adopting emerging and critical technologies powered by Artificial Intelligence, virtual reality and robotics”, he remarked.

The president underlined the need to employ modern marketing techniques and improve the efficiency of supply chain to consolidate Pakistan’s position in existing markets and increasing footprint in new and non-traditional markets by promoting Pakistani defense products which were of high quality, effective and dependable in any given situation, and were at the same time very cost-effective.

He appreciated the POF for its pivotal role in moving toward self-sufficiency and in meeting the growing demand of our defense sector and civilian security agencies.

He also lauded the POF for capturing foreign markets by improving its efficiency, adopting quality financial management practices and digitalizing its processes to transform POF into a self-sustainable and progressive defense industrial complex.

President Alvi visited different parts of POF where he was given an overview of the production and manufacturing processes.

He also took keen interest in different defense products manufactured at POF, and were on display.

The president was also briefed on the role of POF in fulfilling the ammunition requirements of Pakistan’s Armed Forces and law enforcement agencies and steps taken by it to develop academia-industry linkages.