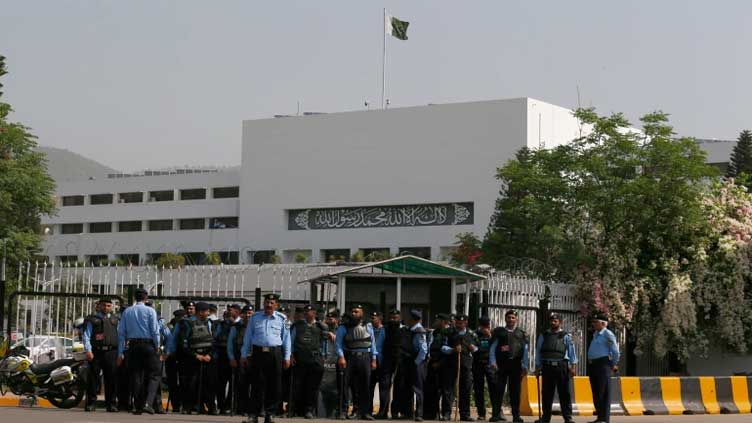 (Dr. Hasan Askari) - Pakistan’s Politics is more crisis ridden now than ever before. These crisis are created by the government as well as the opposition. The government creates crisis for the people and the society by poor governance and slow decision-making or indecisiveness on critical administrative, political and public welfare matters.The latest example of slackness in decision-making is the appointment to the two top military offices. The delay created a space for many political leaders and political analysts to make speculative comments. The PTI leaders were not the only people who made controversial statements. Several federal ministers and PMLN leaders made statements on the military appointments that added to political uncertainty. However, the issue was amicably settled by the Prime Minister and the President on November 24, 2022.

The opposition parties cause political crisis by resorting to street protests, long-marches to Islamabad to force a political decision, and dharanas to disrupt normal working of urban life. The strategy of blocking traffic on main roads of cities is resorted to by all kinds of societal organizations and professional groups. The underlying assumption for disruption of civic life through street protest and Dharna is to upset life of the common people in order to draw the attention of the government. In the past, all leading political parties have staged long marches and Dharna to pursue their partisan agendas. Now, the PTI is resorting to this strategy.

Now-a-days, uncertainty and conflict in politics is caused by using abusive and rude language for political opponents or by making controversial statements about the competing political leaders. The use of offensive discourse about the political rivals is a common practice in Pakistan. The competing political leaders can hardly talk to each other for addressing the problems of the common people. They are engaged in a self-serving struggle for power.

The crisis driven politics is a proof of the poor quality of democracy. Though the political leaders subscribe to democratic principle and ideals and raise slogans in the favor of democracy and representative governance. However, the basic values of democracy do not reflect in their actual political behavior and their politics is often violative of the democratic values of tolerance, consultation, accommodation and amicable conflict resolution and fair and free elections. Political differences are turned into mutual hatred which negates the principles and spirit of democracy.

Political and social conflicts and crisis are common in the states where the rule of law is weak or non-existent. The wealthy and influential people are above law and that state is unable or unwilling to enforce laws and rules of the state on them. The ordinary people face the wrath of state authorities who use coercive methods to subdue the ordinary citizens. The conditions of the people who live below the Poverty Line is miserable. The state does not protect them and therefore, they seek the support of influential and moneyed people to protect them from the oppressive state or powerful gangs or the mafia groups in the state.

Another source of Internal political and social disorder is the absence of good governance. If the government cannot put its act together and fails to manage state affairs effectively, its capacity to maintain peace, order and stability in the society is greatly compromised. Such states gradually become non-effective political entities and they cannot control their territory and people. If the states cannot provide basic services and personal security to the citizens, these are described as the failed or failing states. Bad governance is always accompanied by rampant corruption in the government.

The government officials and the political leaders holding key positions in the state structure use their official positions to make money for personal gains. In such states it is difficult to get anything done without a strong recommendation or without paying a "service fee" which is another name for corruption. Some big business people practically buy off government officials or political leaders by offering them huge sums of money on a regular basis in order to get their tasks and government concessions for their business easily. A common practice in the states where the rule of law is weak or nonexistent is the misuse of state financial and material resources for personal benefit or to oblige family members and friends. The huge government contracts for construction projects and for supply of goods and services to the government departments awarded on personal consideration or in return for financial gains

Another feature of such states is that the dominant bureaucratic, military, and civilian elite and big business who make monetary gains through illicit activity keep money made through illegal methos outside the country. They buy property abroad or keep the money in the banks in other countries or make investment through offshore companies. An interesting practice in crisis ridden and widespread corruption ridden countries is that the dominant elite and the moneyed people, senior bureaucrats and senior military officers invariably settle their male children in the Western countries. This provide them a good slot to park their "extra-money" and have a safe foreign hide-out if they run into legal and administrative troubles.

The crisis ridden countries also demonstrate another feature. The political parties are personal fiefdoms of the leaders and their families. There is hardly any democracy inside the party and therefore, the members cannot ho ld their leader accountable for their deeds. The guiding principle is loyalty to the leadership rather than professionalism and commitment to democratic values. The high-level party meetings often turn into "praise the leader" session. Flattery of the leader is a feature of such party system. Consequently, the crisis management capacity of the political party is compromised.

Pakistan cannot have stable, crisis managed and harmonious political system unless the key political players and major political parties decide to change the nature of Pakistani politics. The highest priority should be assigned to upholding the principle of democracy in letter and spirit in day-to-today politics. The idiom of politics needs to reflect decency and mutual respect and the problems should be dealt with through dialogue and accommodation. Different political parties can continue to compete with one another, but they should adopt a joint approach on the issues of national significance. Such a cooperative behavior will make it possible to address the economic problems in an effective manner with a focus on the welfare of the common people.