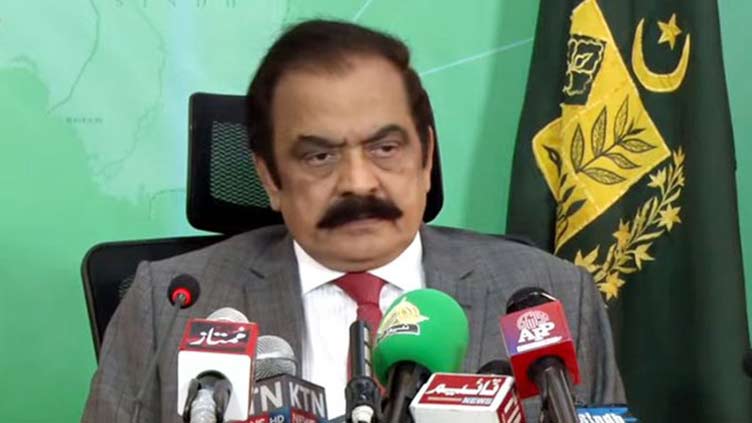 Rana further said, “If you [Imran] wants to meet with Nawaz and PM Shehbaz, hopefully they would not refuse to meet you. if you need any sort of help in this regard, I will be there for you to help as I am your – political – opponent, not enemy.

Suggesting the PTI chief to come back and be a part of the parliament, Sanaullah said that if he [Imran] is looking for the elections date, so it is better for him to come and sit with the politicians as the decisions could change only when the politicians sit together.

Earlier, the federal government has decided to thwart any unconstitutional act that the Imran Khan-led PTI might be planning as it all set to stage a rally in Rawalpindi on November 26.

The decision was taken in a meeting chaired by Interior Minister Rana Sanaullah to review the security situation amid the long march.

The participants of the meeting assured the interior ministry that they would support the Centre completely if PTI launches an attack on the federation.
The interior minister said that the provincial governments are constitutional bound to block the illegal act by a political party.

He said that the federation and provincial governments should join hands to prevent any unconstitutional move.

The deputy commission of Rawalpindi has granted conditional permission to PTI for holding a power shows against the government in Rawalpindi.

As per the notification, Imran Khan has been asked to use bullet-proof stage while addressing the gathering in Rawalpindi. It has also barred the PTI workers and supporters from staying in the Allama Iqbal Park.

Authorities have sealed the Faizabad flyover that connects the twin cities from all the four sides. The move has created trouble for commuters due to traffic jams on
Rawalpindi’s Double Road, Rawalpindi-Murree Road, IJP road and other connecting routes.