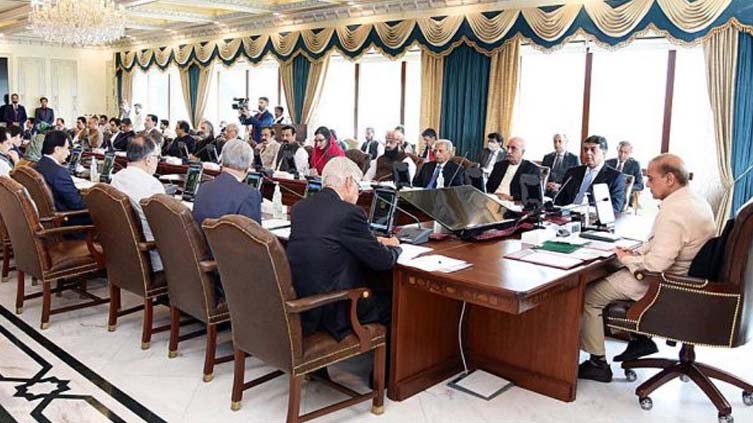 ISLAMABAD (Dunya News) - The government of Pakistan has recently decided to appoint Lieutenant General Asim Munir as the new Chief of Army Staff (COAS) and sent the summary to the President Dr Arif Alvi.

Before the appointment of the top two posts of army, Prime Minister Shehbaz Sharif chaired a federal cabinet meeting.

In the meeting, the cabinet freezed retirement of Army Chief General Asim Munir and retained him under relevant amended rules. While the cabinet also approved amendments in Rule of Business.

Meanwhile, as per the discussion in the meeting, if the president returns the summary after passing the date of Lt-Gen Asim Munir’s retirement, it will be ineffective and if the President will hold on to the summary for 25 days, the army chief will still be Asim Munir.

Earlier, federal Cabinet meeting discussed legal aspects related to these important appointments and the Minister for Law and Justice Sardar Ayaz Sadiq briefed the members about the Army Act.

The agenda was also kept hidden from the cabinet members, while it was presented on the table.

As per sources, the cabinet members also advised the Prime Minister to exercise discretionary powers regarding the appointments.

"Keep acts and rules aside, exercise your authority," cabinet members advised the PM.

After the meeting, the PM approved the summary regarding the appointment of two Generals. It was approved in the meeting and was sent to the President afterwards.

On the other hand, the President reached Lahore to meet the Pakistan Tehreek-e-Insaf (PTI) Chairman and former Prime Minister Imran Khan as the PTI Chairman said that the President will discuss matters relating to summary for appointment of Army Chief with him.

It is pertinent to mention here that the government on Thursday decided to appoint Lt General Asim Munir as new COAS and Lt Gen Sahir Shamshad Mirza as the chairman of the Joint Chiefs of Staff Committee (CJCSC).

The information minister added that the summary of the appointments has been sent to President Arif Alvi for ratification.