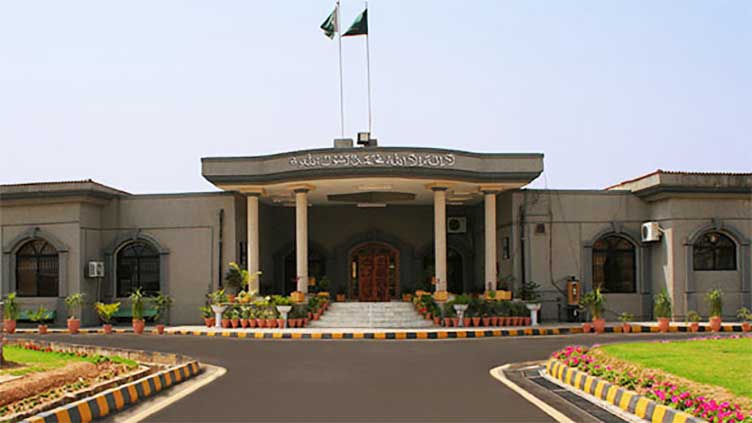 ISLAMABAD (Dunya News) - Chief Justice Islamabad High Court (CJ IHC) Aamer Farooq on Tuesday remarked that no one can stand before the state.

During the hearing, CJ IHC stated that the Supreme Court (SC) and Islamabad High Court had given verdict regarding the PTI sit-in, adding that placing containers is not a solution to the problem and the administration should adopt an innovative approach.

He further remarked that even if something happens in Rawalpindi, those coming to Islamabad may face problems.

Later, IHC wrapped up the plea of the businessmen after the petition was withdrawn by PTI.

IHC on Tuesday also heard PTI’s plea seeking permission to hold a sit-in and rally, in which the lawyer requested to withdraw the petition, which was accepted by Chief Justice Aamer Farooq.

It is pertinent to mention here that the district administration of Rawalpindi and law enforcing institutions have suggested to change the venue of PTI sit-in.

As per sources, PTI wanted to stage a sit-in near Faizabad, Rawalpindi administration and law enforcement agencies have proposed to bring the venue of PTI’s sit-in to Allama Iqbal Park. PTI Rawalpindi leaders sought more time to consult on the change of venue.

Meanwhile, Team England will reach Islamabad on November 26, therefore the security of sensitive buildings and Pakistan-England cricket series was likely to be affected due to PTI’s sit-in in Rawalpindi on the same day.

The sources also revealed that PTI Chairman Imran Khan was to arrive in Rawalpindi by helicopter, security arrangements from helicopter to stage were also being reviewed. There are also very important installations near Faizabad in Rawalpindi, the Rawalpindi administration informed the PTI leaders of all the concerns.