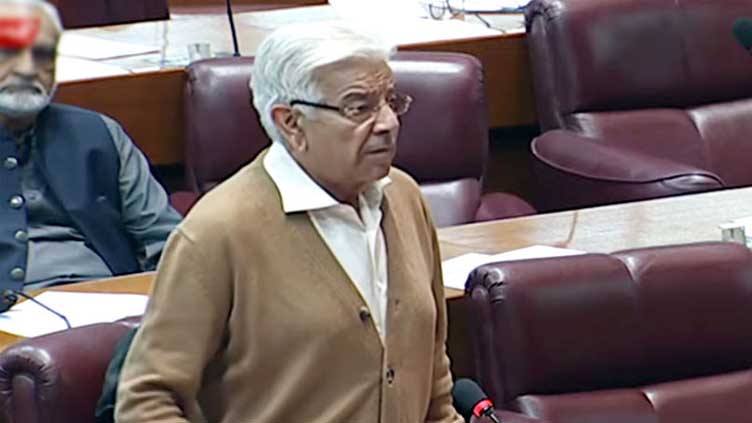 ISLAMABAD (Dunya News) - Minister for Defence Khawaja Muhammad Asif on Monday said that the process for the appointment of the next army chief will be completed in next one to three days.

Speaking on the floor of the House, he said the Ministry of Defense has received a formal letter from the Prime Minister, which has been communicated to the General Headquarters, to initiate the process for the appointment of the next army chief.

The minister urged the media to uphold the sanctity of the process and avoid making speculations in this regard.

Earlier, Khawaja said that the process to appoint the next army chief has formally started, but the summary for the appointment will be forwarded to the PM’s office in a day or two.

Asif said that the entire process will be completed by November 25, refuted reports of deadlock over the appointment, and stressed that government allies are being consulted at every level.

The senior minister said that there was no pressure on the government regarding the army chief’s appointment. Once we receive the summary, we will discuss the names, which will probably be five or six senior-most officers," Asif added.

Minister of Foreign Affairs and Pakistan People’s Party Chairman Bilawal Bhutto warned that the President would face the consequences if he tried to stall the process of the appointment of the new chief of the Pakistan Army.

The Foreign Minister asserted that the constitution of Pakistan has conferred on the prime minister the right to appoint a new army chief. Bilawal Bhutto said that Pakistan Tehreek-e-Insaf (PTI) chairman Imran Khan wants to sabotage the process of the army chief’s appointment, which shall not happen.

Imran Khan should let the process of the important appointment complete if he has the motive of democracy, argued Bilawal Bhutto.

Have no issue with whoever is appointed as army chief: Imran Khan