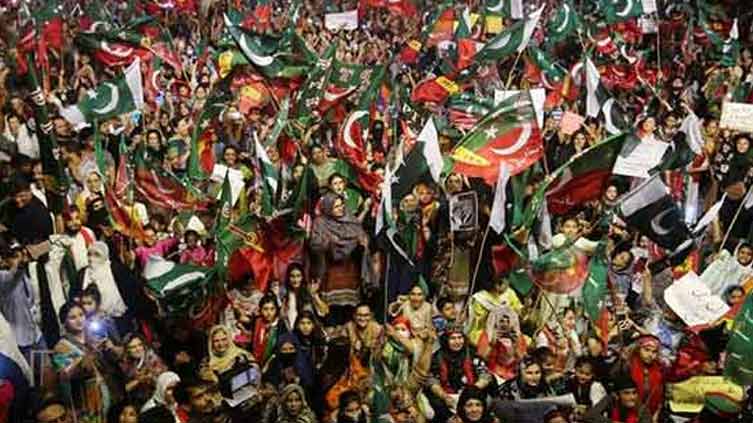 ISLAMABAD (Dunya News) - Islamabad High Court (IHC) on Friday asked the Pakistan Tehreek-e-Insaf (PTI) to submit a new application to the administration if it wanted to hold a rally in the federal capital.

“If you are permitted to hold a rally in the federal capital, you will have to ensure that no roads will be blocked,” the court affirmed.

A report on threat to Imran Khan’s life was also presented before the court.

“According to intelligence reports, there is a threat of attack on Imran Khan. It is the responsibility of the government and the state to take this into consideration,” IHC Chief Justice Aamer Farooq remarked.

“It is the right of political and non-political parties to protest. But the citizens and traders also have rights which should not be affected,” IHC CJ stressed.

“In England too, protesters come to 10 Downing Street. But they protest and do not block the road,” Justice Aamer pointed out.

“The Supreme Court said that the long march cannot be stopped,” the advocate general Islamabad said.

The court then adjourned further hearing on the petitions of the PTI and the businessmen till November 22 next.