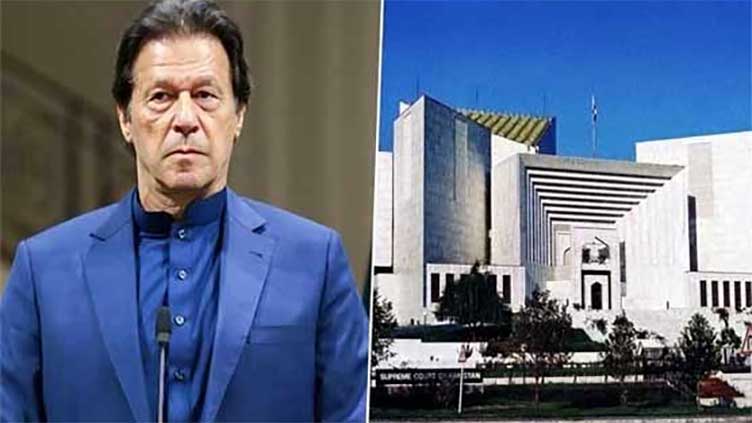 ISLAMABAD (Dunya News) – Pakistan Tehreek-e-Insaf (PTI) Chairman Imran Khan on Wednesday said that he did not deliberately disobey the court’s order as he wasn’t aware of it.

Imran Khan has submitted his reply to the Supreme Court (SC) in the contempt of court case on Wednesday, which was submitted with the signatures of PTI Chairman.

In his response Imran Khan stated that he did not deliberately disobey the order and was not informed about the court order on the evening of May 25.

The former Prime Minister further clarified that despite the SC’s directions the administration did not let Babar Awan to meet him, adding that communication through phone was not possible due to jammers in the protest.

The PTI Chairman said he released the 6:45 pm video message based on information provided by the party workers. Imran Khan explained that he made the call for peaceful protest at D-Chowk against the government’s unjust treatment and also expressed regret for the step taken unknowingly.

He said the party or I did not ask any lawyer to join the said case. I am now told that Asad Umar gave the instructions to the G-9 ground, he added.

Imran Khan pleaded that the reports of the sensitive institutions do not prove the violation of the court order and should be considered factual and one-sided.

He appealed to the court that the contempt of court petition against him should be disposed of.