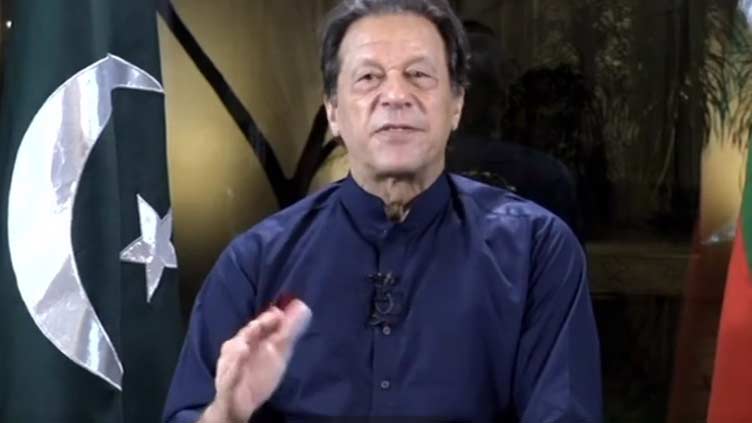 LAHORE (Dunya News) – Former prime minister and Pakistan Tehreek-e-Insaf (PTI) chairman Imran Khan said on Tuesday while urging Chief Justice of Pakistan (CJP) to deliver justice said that the lack of justice in Pakistan is the cause of the country s destruction and the Chief Election Commissioner (CEC) is also an ally of the ruling PML-N, while it is being controlled by handlers.

Addressing long march participants through video link on Tuesday, he said that the risk of repaying loans to banks was 5% during PTI govt’s tenure that has now exceeds 5.64 percent which means our economy has been devastated.

Imran Khan said that the world is considering Pakistan’s economy as weak due to which it wouldn’t be able to return its debt, adding that now the investors will be afraid of making investments.

The PTI chairman while quoting the economic survey said economy witnessed historic growth during his nearly four-year tenure, adding that the economy started declining after the incumbent rulers were “imposed” on the country through “conspiracy”.

Turning his guns towards former PM and PML-N supremo, Imran Khan said Nawaz Sharif would want his cases to be revoked whenever he would appoint an Army Chief.