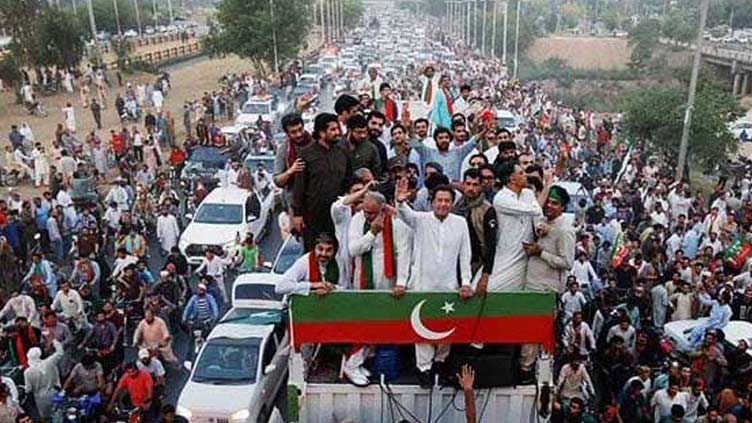 A consultative meeting in this regard was held under the chairmanship of former prime minister and PTI chairman Imran Khan at Zaman Park. The huddle was attended by Punjab Adviser on Home Affairs Umer Sarfraz Cheema, Pakistan Muslim League-Quaid (PML-Q) leader Moonis Elahi, Provincial Minister Raja Basharat, Brigadier (r) Musadiq Abbasi and others.

Sources privy to the party said that it was agreed in the meeting to further more intensively pursue issues pertaining to early elections, Azam Swati torture case, Arshad Sharif assassination and American cipher.

Sources further said that these issues will be discussed vigorously at every level including public and media. Members of PTI national and provincial assemblies will deliver the party s narrative door-to-door in their respective constituencies. It has also been agreed to highlight inflation, failed economic policies of the government.

“Tasks will also be given to Union Councils across Punjab for Rawalpindi in the “Haqiqi Azadi March”,” sources said and added public pressure will be increased to force the government to hold early elections.