Imran Khan threatens to go all the way to discredit army as institution: WSJ 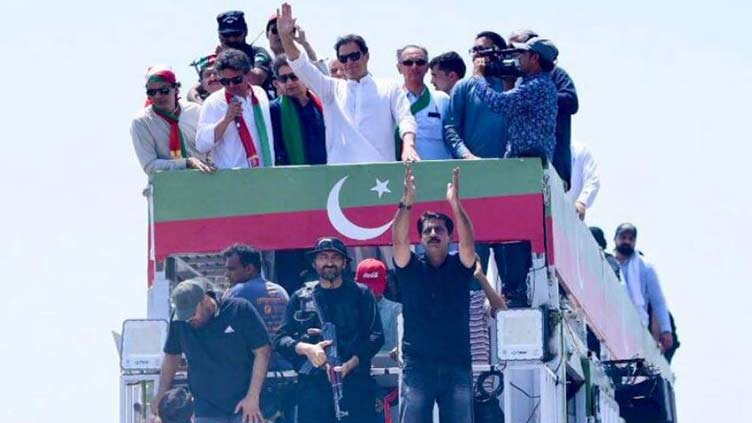 Imran Khan threatens to go all the way to discredit army as institution: WSJ

LAHORE (Web Desk) – “If you don’t play ball with me, I will go all the way and discredit and shame you as an institution,” Former prime minister and Pakistan Tehreek-e-Insaf (PTI) chairman Imran Khan’s message for the army is clear, reports Wall Street Journal.

In an opinion piece written in American newspaper Wall Street Journal, Sadanand Dhume wrote that Former PM is pushing Pakistan to the brink of destruction and asked if Imran Khan is Pakistan’s savior or its destroyer, while targeting a senior military officer in public has been seen as vindictive and a major blow to civil-military relations.

The article mentioned that Imran s message to the army is clear, “If you don t play for me, I will go to any extent to discredit army as institution.”

Acknowledging Imran s blackmail would be tantamount to undermining the institution and Pakistan Army has also earned a reputation as the most functional institution in a dysfunctional country. Its officer corps has largely resisted factionalism and remains bound to its chain of command by intense unity and discipline.