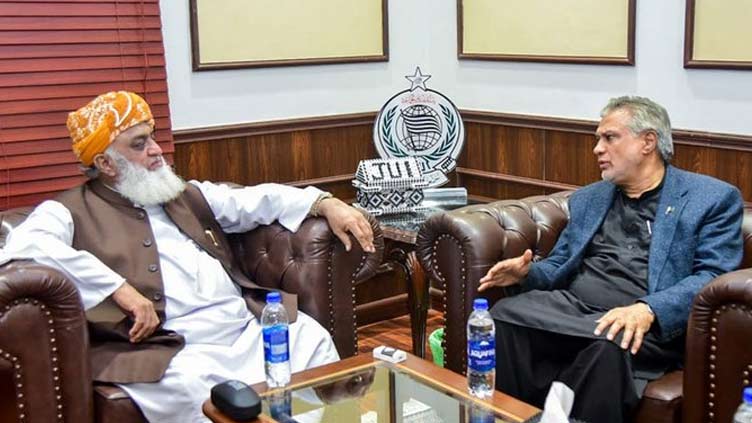 Fazl, in a meeting with Finance Minister Mohammad Ishaq Dar who called on him, here, at his residence, said it would help building an Islamic financial system and boost economic activities in the light of Quran and Sunnah.

He also paid tribute to the finance minister and appreciated his bold decision for withdrawing the appeal of state and national banks from the apex court.

In the meeting, both dignitaries discussed future strategies and measures to expand the radius of Islamic banking across the country.

Later on, talking to the media, Fazl appreciated the unwavering efforts of Minister Dar to get Pakistan out of the Financial Action Task Force’s (FATF) grey list.

He said as long as Minister Dar was the finance minister, Pakistan’s economy was on the right track and it was improving with every passing day.

“Taking back the appeal against Federal Shariat Court’s decision against the use interest [in the banking sector] is a positive gesture and it has infused happiness in the nation,” he maintained.