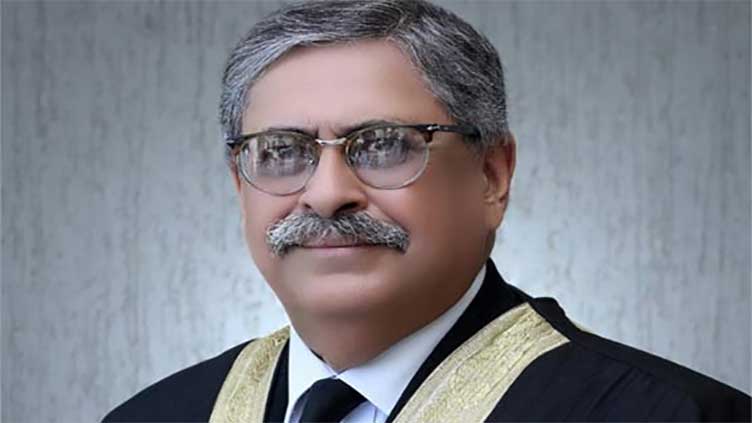 ISLAMABAD (Dunya News) - Chief Justice Islamabad High Court (CJ IHC) Justice Athar Minallah on Monday said that the country is not being ruled by law but by the elites.

Addressing a full court reference in his honor at the Islamabad High Court, Justice Athar Minallah said that he won’t take credit for what has been said about him. All credits belong to every judge of this High Court. He highlighted that the IHC is not like other High Courts, it is the High Court which represents the Federation. He said Islamabad bar is the best bar in the country.

Justice Athar Minallah clearly stated that there is no civilian supremacy and the supremacy of the constitution.
“There is no rule of law here, but rule of elite,” he said.

He added that more than half of their lives were spent in dictatorship and implementation of the constitution is only possible when the mindset changes.

He further expressed gratitude to the Islamabad Bar and every member of it, and also appreciated High court reporters saying that they have proved themselves as professionals.

He went on to underscore that the support and trust of people is of paramount importance for the judiciary. “Our performance can be measured by public trust,” Justice Athar Minallah added.

The attendees in full court reference included the Advocate General Islamabad, officers of the Attorney General’s Office, the Islamabad Bar Council, the High Court Bar and a large number of lawyers.