Blind use of "religious fanaticism to bury Imran's politics": Fazl 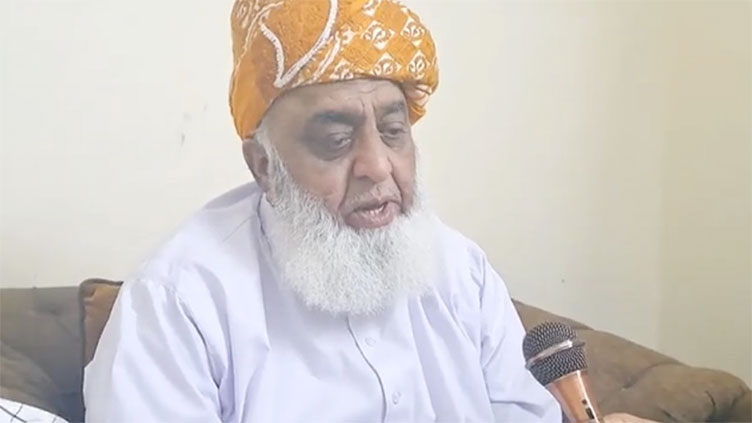 Blind use of "religious fanaticism to bury Imran's politics": Fazl

Maulana Fazlur Rehman said Imran Khan is facing the fire of hatred he himself lit up.

During his talk with media persons, Fazl who is also the head of Pakistan Democratic Movement (PDM) said Imran Khan is facing the fire of hatred he himself lit up.

Reacting to the Wazirabad incident, he said the incident took place in the jurisdiction of Punjab, where PTI had its own government.

The accused was caught by the PTI worker and referred to the Punjab police, he said, adding that the police took a statement from the accused in which he confessed that the “PTI chief had been guilty of insulting the religion.”

“Despite this, Imran Khan and his cronies are hell-bent to agitate by accusing the Prime Minister Muhammad Shehbaz Sharif, Interior Minister Rana Sana Ullah and a security official without any evidence, which had made the matter suspicious,” he said.

JUI-F chief said a high-level investigation of this matter was necessary so that the nation could be apprised about the actual facts.

Fazl alarmed that the consequences of using such incidents for political aims would be dangerous in future and a third force could take advantage and put the nation in trouble.

Imran Khan was “alien to the teachings of religion, but by giving a religious touch in every matter and misleading his party workers, he continued to promote religious fanaticism as its results would neither be good for the country, society, nor for Imran Khan himself and his party,” the PDM head maintained.