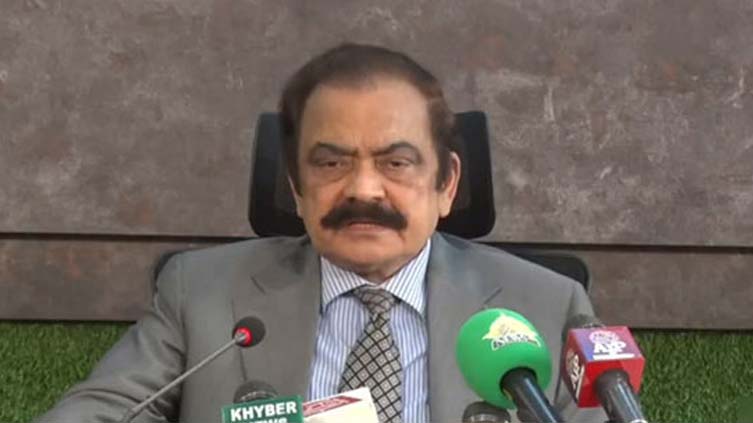 Addressing a press conference in Islamabad, Rana Sana said that Imran Khan is political opponent, not enemy. Attack on the PTI Chairman is highly condemnable.

"Asad Umar alleged without investigation, the process of division in the society has been deepened, this attitude is very harmful to democracy. PTI’s behavior can lead to a major accident," he said.

The minister said that intolerance is being mounted in the country and there is a dire need to curb this menace.

While commenting on the leaked video statement of the attacker, he said that making video viral is a dangerous practice. He said that it is matter of concern that FIR of the incident has not been registered so far. He said that perhaps PTI leadership wants to register FIR as per their own wish and desires.