Attack on Imran Khan is being politicized: Khawaja Asif 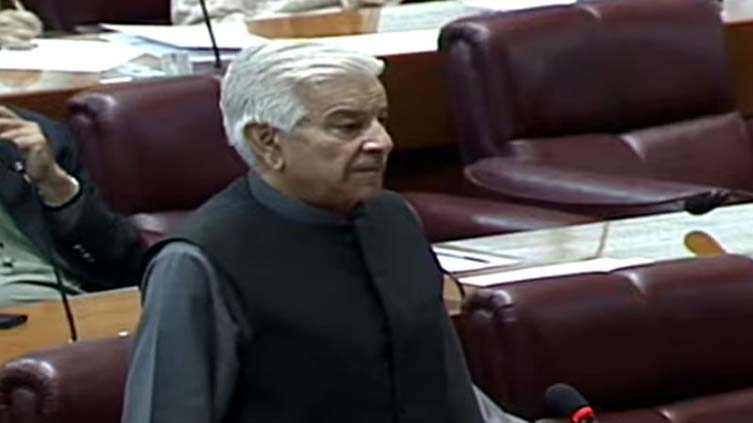 Attack on Imran Khan is being politicized: Khawaja Asif

Attack on Imran Khan is being politicized, says Khawaja Asif.

ISLAMABAD (Dunya News) - Pakistan Muslim League-Nawaz (PML-N) leader and Defence Minister Khawaja Asif on Friday called for a transparent inquiry into the incident of firing on PTI’s long march to expose the real culprits behind this crime.

Speaking on the floor of the House on Friday, he said using this incident for political gains and hurling baseless accusations against the Prime Minister, the Interior Minister, and others should be avoided. He said a Joint Investigation Team should be constituted in order to ensure transparent and credible probe to apprehend culprits involved in this incident.

He said that the federal government wants that if there is any conspiracy behind yesterday’s incident, then it should be brought to light. "If this issue will be politicised, then such issues have been buried in history," he said.

Asif added, "They (PTI) made the Prime Minister, Rana Sanaullah and an official of an institution accused, saying that they have links with the establishment."

Meanwhile, he also said that he condemns the use of this incident to defame any institution.

Speaking on the floor of the House, Noor Alam Khan said it is highly regrettable that workers of a political party are involved in running a defamatory campaign against officers of state institutions. He said protests outside senior officers of security institutions are regrettable.

Condemning firing on PTI’s march, Shazia Marri said there should be no violence in protest demonstrations. She said the firing incident should be thoroughly probed.

At the outset, newly elected parliamentarian Dr Zulfiqar Ali Bhatti took oath as Member of the National Assembly today. He belongs to Pakistan Muslim League-Nawaz and elected from Sargodha.