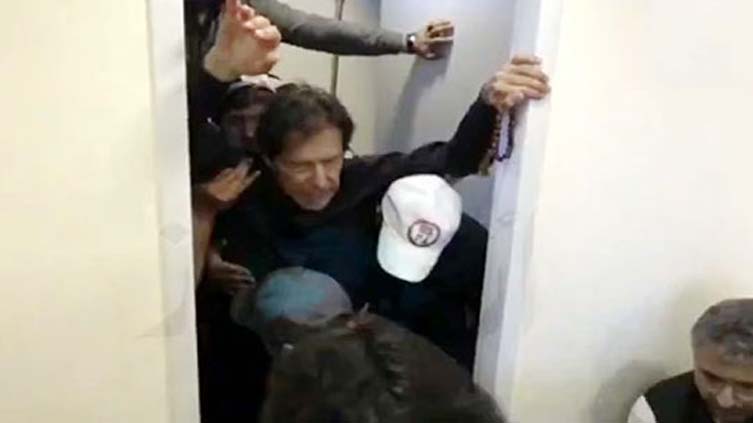 LAHORE (Dunya News) - Pakistan Tehreek-e-Insaf (PTI) Chairman Imran Khan is undergoing treatment at Shaukat Khanum Hospital, where he was examined by a medical board, after which all the medical reports of the former prime minister were declared satisfactory.

Medical board has allowed Imran Khan to walk and use toilets, PTI chairman insists on discharge today, but the doctors have advised him of one day rest.

Hospital administration has said that Imran Khan does not need further tests, he has not been stopped from eating and drinking anything.

According to sources in the medical board, Imran Khan’s right leg was operated for two hours, chairman PTI suffered four injuries on the leg, there was no bone damage.