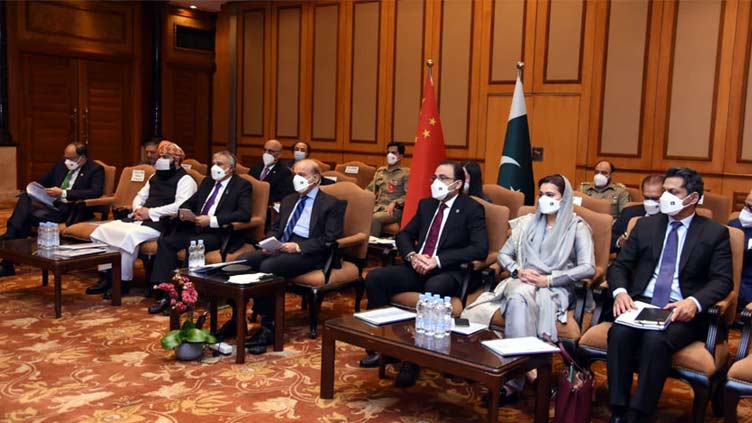 PM thanked the Chinese companies for showing interest in ML-1 and other projects.

During a meeting with Prime Minister Shehbaz Sharif in Beijing on Wednesday, they also accepted the invitation to invest in mega projects including Karachi clean drinking water project.

The Prime Minister invited the top ranking Chinese companies to visit Pakistan and offered them to jointly work on his government s initiative of generating ten thousand megawatts of electricity through solar.

The Prime Minister stressed for accelerating pace of work on Gwadar airport. The Chinese side assured to complete the project by the beginning of next year.

The Prime Minister assured to resolve problems pertaining to acquisition of land for Diamer Basha Dam.

The Prime Minister said best possible security arrangements are being made for the Chinese workers and security of those associated with the CPEC and other projects will be ensured. He said the security of Chinese brothers and sisters is as dear to him as that of Pakistani citizens.

He said the people of Karachi are faced with the issue of water and we are ready to work with the Chinese side in this matter.

The Prime Minister thanked the Chinese companies for showing interest in ML-1 and other projects.

He was also appreciative of Chinese side for extending a helping hand to the flood victims.