Nawaz Sharif not getting NRO, more truth will come out in coming days: Maryam 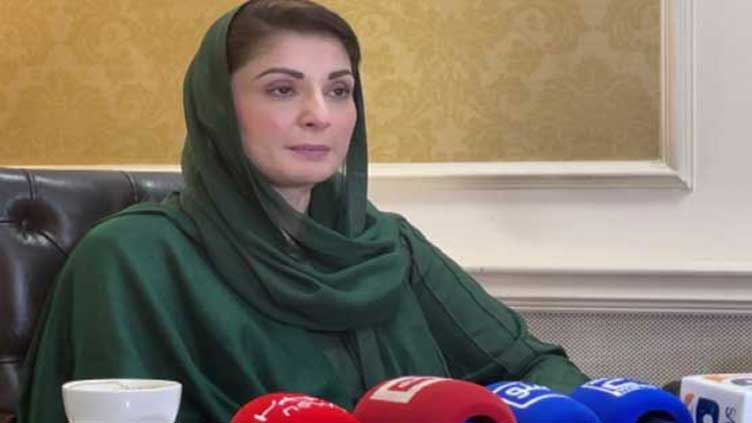 Nawaz Sharif not getting NRO, more truth will come out in coming days: Maryam

Nawaz Sharif not getting NRO, more truth will come out in coming days, says Maryam

Speaking to the media in London, she said that former prime minister and Pakistan Tehreek-e-Insaf (PTI) chairman Imran Khan had planned to pressurize government for holding early elections and his prime target is the appointment of new Army Chief but Prime Minister Shehbaz Shehbaz Sharif has the authority to appoint new Army Chief.

Maryam Nawaz said that the country’s debt has skyrocketed during the past four years, adding that Imran Khan shouldn’t have taken to the streets after the circumstances he has made during his tenure.

“The martyrdom of reporter of a private TV channel during the long march is regrettable,” she said adding that the public has completely rejected the march and the real reason for this is that his real face is exposed to the people.

The PML-N vice president said the PTI chairman misguided the people with his lies and long march was his last plan. Further taking a jibe at former PM’s long march, Maryam said that during his four years in power, Imran Khan has devastated every sector including foreign affairs in four years in power.

The PML-N leader said that he began the long march after exhausting his all his options. First, he held public gatherings to build false narrative of regime change conspiracy which he thought would help pressurize the government in getting a date for fresh election.

She said Imran Khan resorted to the long march when his first plan got failed and the people came to know about the reality of false narrative of regime change conspiracy.

He thought that he would mislead the people with his lies but he was mistaken as the people had rejected his long march and lies, she added.

She criticized Imran Khan for launching verbal attack on the state institutions for political gains. His criticism of the Chief Election Commissioner was “deplorable”.

Maryam said the CEC had brought forth actual facts about the foreign funding received by Imran Khan. His crime had been exposed before the nation.

The PML-N leader regretted that Imran Khan’s criticism of state institutions was being highlighted in the media which was praising him for his “despicable” acts.

She said more cases of corruption of Imran Khan would surface soon and the nation would know as to how he ruthlessly looted the nation during his four year rule which was marred by corruption, unemployment, extreme inflation and wrong economic policies.

She said that Imran Khan was a power hungry person and had nothing to do with the democratic norms and values. Maryam said Imran Khan filed fabricated cases of corruption against her and Nawaz Sharif, but failed to produce single evidence in the court.