With Imran on container, PTI long march heads to Kamoke 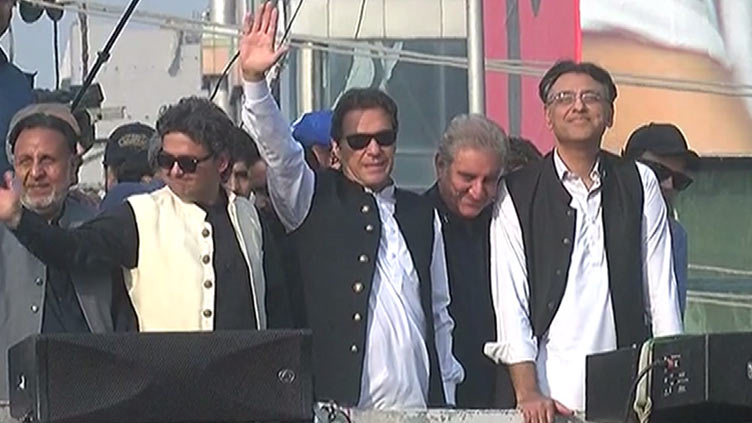 With Imran on container, PTI long march heads to Kamoke

Imran Khan maintains that his ouster in a parliament no-confidence vote in April was unlawful, and a conspiracy by his political opponents orchestrated by the United States — a charge denied by both Washington and Shehbaz Sharif.

A day earlier, former prime minister Imran Khan said that the government is surviving due to the support of the establishment.